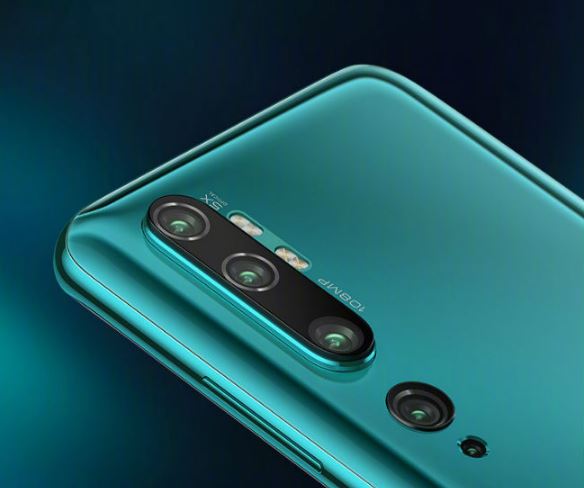 Xiaomi Mi Note 10 – Everything We Have Heard So Far

One of the world’s most popular smartphone manufacturers “Xiaomi” will bring back to life its Mi Note series devices soon. Yesterday in China, Xiaomi on its official account Weibo confirmed that Xiaomi Mi Note 10 is on its way and will hit shelves on November 5th.

The availability of Xiaomi Mi Note 10 UK isn’t yet confirmed as so far, it’s rumoured to be exclusive in Chinese markets. This smartphone is touted to be the world’s first smartphone with a gigantic 108MP Penta-camera configuration. Alongside its camera details, Xiaomi has revealed all the specifications of that beast on Weibo ahead of its official launch – indicating that it’s equipped with a whopping 5170mAh battery, immense 6.47-inches display and up to 12GB RAM. 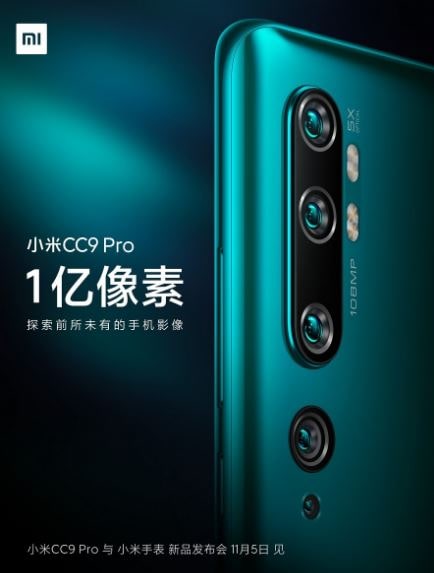 The official Xiaomi Mi Note 10 release date UK is yet to be announced, but it’s set to be released in China on November 5th during an event. Earlier, it was reported to make its debut at the end of October which is now unlikely.

When it comes to Xiaomi Mi Note 10 Price UK, we are running short on words on, as of now. No one even added their educated guess in terms of price, but you should expect a higher-price tag thanks to its Penta-camera configuration outback and state-of-the-art features.

It should be noted that a gigantic 108MP camera sensor of Samsung is capable enough to capture images with a maximum resolution of 12032 x 9024 pixels – it also combines multi-pixel information to generate a single 27MP image that doesn’t take a lot of storage. It is probably possible that the camera app on the smartphone allows users to choose how the camera is used in the setting.

Camera testing video has already revealed by Xiaomi, showing how impressively it works and how clearly it captures images even after zooming. It’s, however, yet to be tested thoroughly by the online sources – therefore, the current information on the Penta-camera system is enriched in a rumour mill.

The Rest About Mi Note 10

The Xiaomi Mi Note 10 has already appeared on TENAA too – revealing quite a few mind-boggling features of the phone such as Qualcomm Snapdragon 730G Chipset and an enormous 6.47-inches Super AMOLED display with a maximum resolution of 1080 x 2340 pixels. It’s measuring 157.8 x 74.8 x 9.7 mm in dimensions and weighs only 208 grams.

The phone is loaded with 4K videos recording capabilities and a hefty 5170mAh non-removable battery that comes alongside super-fast charging capabilities.

Taking a look further at TENAA’s revealed list, Xiaomi Mi Note 10 comes in three different configurations to choose from – 6GB/64GB, 8GB/128GB and 12GB/256GB. Regardless of which variant you choose to get your hands on, you will be able to expand the storage up to 256GB with the help of a microSD card.

Taking every feature and onboard component into account, Xiaomi Mi Note 10 seems to be an excellent smartphone that will, definitely, appeal hundreds of thousands of users. However, you should expect it to be super-expensive due to its large number of cameras, massive battery, hefty RAM and other components.

If everything mentioned here on this page turns out to be true, it might not sell like a hot cake as users normally tend to buy budget-friendly devices from Xiaomi.

We are excitedly waiting for more details to appear online with a confirmed price tag and release date in the UK. Stay tuned for more information as we’ll have it updated as soon as we hear more.