Xiaomi Redmi 7A after becoming a part of numerous rumours and suggestions is finally arriving in India as the company has officially announced that today. The handset is priced INR 5,999 which approx. $85 in the United States for 2GB/16GB variant whereas 2GB/32GB variant set users back INR 6,199 (around $90).

According to Xiaomi, the Redmi 7A will be available in a choice of three dazzling colours – Matte Blue, Matte Black, and Matte Gold. It’s all set to arrive in stores on July 11 and one will be able to get it at 3999 before July ends. 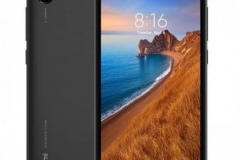 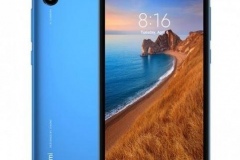 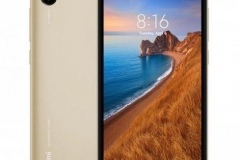 It will come with two years warranty and will be offered by the well-known stores i.e. Mi Homes, Mi.com as well as Flipkart.

Taking a look at its specifications, Xiaomi Redmi 7A is loaded with Qualcomm Snapdragon 439 Chipset instead of Snapdragon 730 which was said by Manu Jain on its tweeter account.

Yes, we would have loved to launch it with my fav SD 625! 😁 Unfortunately our truck got stolen 🚚

According to the promise, it was expected to be loaded with a 13MP main camera on its back – but the Indian unit is coming with a 12MP Sony IMX486 sensor which can also be seen Mi A2 and Indian Redmi Note 7 smartphones.

It also comes with a dedicated microSD card slot that means you can take the storage to the next level without compromising on SIMs. It can be expanded up to 256GB but the rest of the hardware of the phone remains the same as the Chinese version. A 5.45-inches HD+ LCD display is holding its position out front to give you crisp and vivid visuals whereas 5MP snapper is available for selfies and video calling. As far as the battery is concerned, it’s powered by 4000mAh battery which, obviously, can last you all day long even under heavy usage.