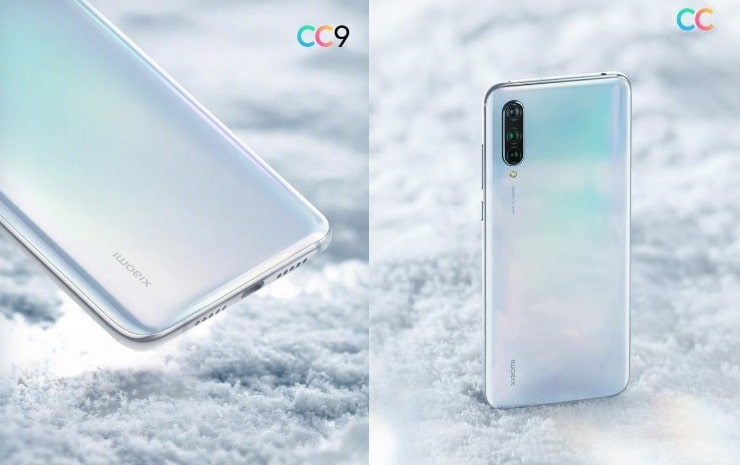 The Chinese smartphone brand Xiaomi has all set to launch its first smartphone under Mi CC series named Xiaomi Mi CC9 on July 2nd. Ahead of its official launch in China, we have got to know that it’s going to be loaded with 48MP main and 32MP front-facing camera.

This smartphone earlier this month was in the line with TENAA listing – but now its image has been appeared online, showing triple cameras – positioned vertically. And it has a neat Glacier Ice White back panel.

In terms of design, Xiaomi Mi CC9 looks dazzling and we think it has resemblance with newly announced Vivo iQOO Feather White smartphone as well as Pearl White Huawei P30 Pro and Samsung Galaxy S10 which has Prism White colour.

Some sources have claimed that it’ll have a speaker grille on the bottom of the phone with USB-C and on the top of the phone, it has 3.5mm headphone jack, a noise-canceling mic, and an IR. The power button and volume rockers are placed on the side.

As mentioned above, it’ll arrive on stores on July 2nd but Xiaomi has already started sending invites to the launch of event. The invitation has logos of Meitu and Xiaomi – indicating the new partnership.