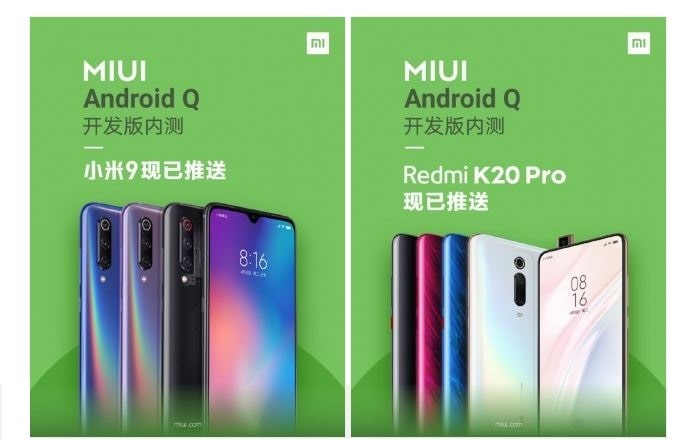 Based on a report from an authentic online source, Android Q Beta Update is now available, for now, for the Chinese ROM version whereas the rest of the countries will start getting it sooner than later.

The source reveals that Android Q based MIUI skin wouldn’t bring countless changes when it comes to design – but the main focus will be on app-specific permissions and privacy.

The closed beta with limited accessibility was recently launched on Mi 9 in July by Xiaomi. According to the official MIUI post published on Weibo, “Xiaomi Mi 9 and Redmi K20 Pro development version of beta has now pushed Android Q upgrade for the brave teenagers.” This fresh Open Beta will be based on Google’s lately launched Android Q Beta 6.

Since it’s still under progress, expecting some stability issues and bugs wouldn’t be wrong. So, you are required not to get your device upgraded with this unless you cannot wait to try it out.