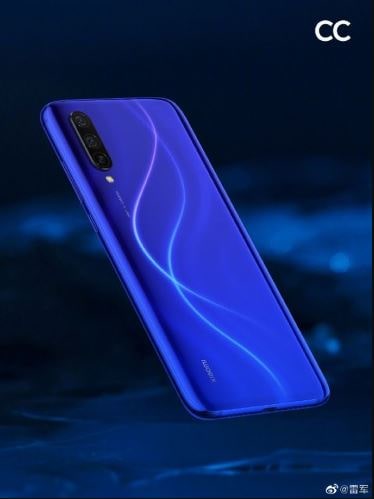 It has already been revealed by Xiaomi that Mi CC9 will start holding its position on shelves from July 2nd. And the company has already confirmed some of the major specs i.e. 48MP rear camera and 32MP front-facing camera. Now, we have got the entire list – thanks to TENAA.

The Xiaomi’s smartphone which is listed on TENAA has a model number “M1904F3BT” which is absolutely Mi CC9. The listing has confirmed that it’ll be loaded with an Octa-core Processor (clocked at 2.2GHz) and it comes in three different storage options to choose from.

Display-wise, it’ll be housing a screen with a size of 6.39-inches with a Full HD+ resolution and it’ll be based on OLED. The device will have an on-screen fingerprint scanner and will be running on Android Pie 9.0 operating system. The total available amount of battery will be 3940mAh and three cameras will hold their position on the back.

Aside from CC9, another smartphone listed on TENAA with a model number “M1906F9SC”. It’s believed to be CC9e which has 6.8-inches display and 3940mAh non-removable battery. Rest of the details are yet to be revealed – but it seems that we would not wait too long to get these details.

In the meantime, the CEO of Xiaomi Mr. Lei Jun confirmed that Mi CC9 and CC9e will arrive along with the 3rd smartphone named Mi CC9 Meitu Custom Edition and it will be equipped with a whopping 8GB of RAM and 256GB of onboard memory. Moreover, the Meitu Custom Edition will come with beauty filters as well as AI-powered portrait mode so that you will be able to capture detailed and colourful images in a low-light condition.