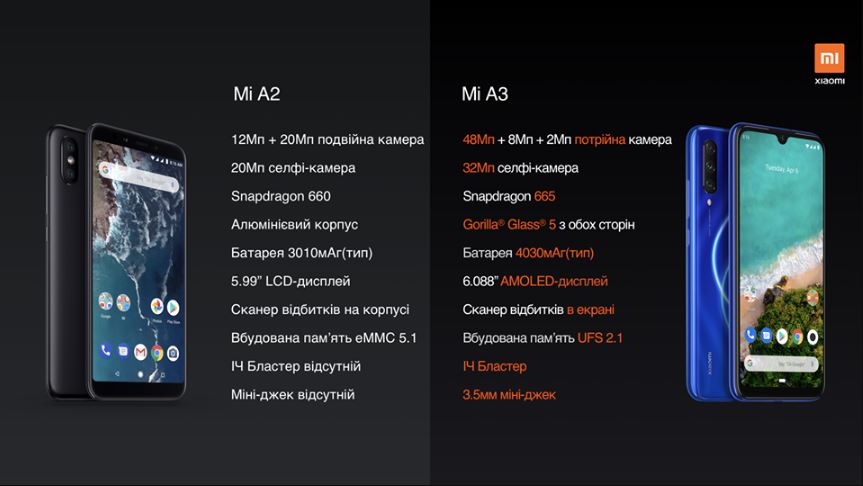 Xiaomi Mi A3 Arrives on Shelves in Ukraine

The Xiaomi Mi A3 will officially be available on its Mi Stores as well as other partners stores from July 31st to get your hands on.

Specifications-wise, Xiaomi Mi A3 is equipped with an impressive 6.1-inches HD+ AMOLED display with an on-screen fingerprint scanner to unlock the beast in a jiffy. Under the hood, it’s loaded with Qualcomm Snapdragon 665 Chipset and runs on Android Pie 9.0 operating system out of the box.

As for cameras, Xiaomi Mi A3 is sporting a triple rear camera configuration – consists of 48MP + 8MP + 2MP and 4030mAh non-removable battery.