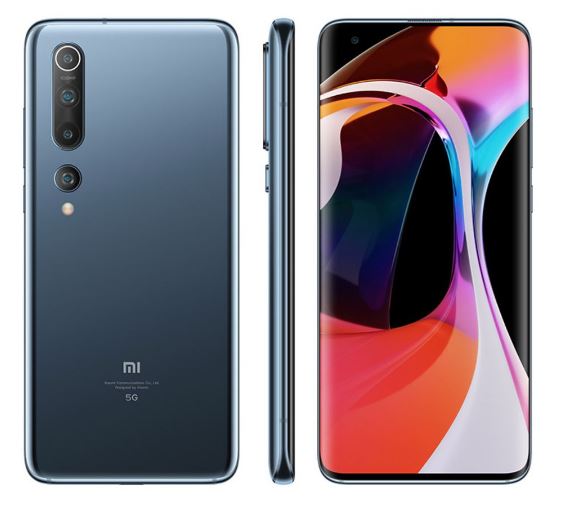 As promised, Xiaomi has all set to surprise its audience with new Xiaomi Mi 10 smartphone which is most likely to start hitting shelves before February 2020 ends – most probably on February 11. The official launch date, however, is yet to be announced.

According to a leaked poster appeared last week, claimed that Xiaomi is planning to reveal its next gorgeously designed flagship smartphone on February 11 – but frankly speaking, that surfaced leaks didn’t reveal an appearance of Xiaomi Mi 10 properly.

The real-life images of Xiaomi Mi 10 Pro 5G have been shared on China’s biggest platform Weibo, giving a lot of information about its rear and front design.

Coming back to Xiaomi Mi 10, revealed images have indicated that Xiaomi Mi 10 will be holding almost an identical design to the like of Mi Mix Alpha which is a concept smartphone revealed back in 2019. Besides, some images have shown a hole-punch display as well as a quad-camera configuration on its rear.

Let’s have a look at all Xiaomi Mi 10 rumours and leaks we have heard so far – but let us mention that images here on this page are gathered from different online sources. Therefore, these aren’t official photos and renders.

Xiaomi went through a Chinese launch event back in February 13th 2020 in which it has confirmed an official Xiaomi Mi 10 release date. The Mi 10 alongside its elder brother Mi 10 Pro will start hitting shelves across China on February 14th of 2020.

When will other countries be able to have it on their shelves? It’s something we are short on words on for now due to the cancellation of Mobile World Congress 2020 which both devices were expected to be presented for worldwide availability.

Well, it doesn’t mean both devices will not arrive worldwide, but it’s good to wait a little bit to see what Xiaomi has planned for us.

Xiaomi Mi 10 is now on sale across UK and users across the country can buy one with immediate effects. Although highly-recognised UK stores including Amazon haven’t yet received this device on their shelves but a Chinese giant GearBest is offering Mi 10 at £609 with 8GB RAM and 128GB of ROM. The availability of Mi 10 Pro in the UK, on the other hand, is yet to be confirmed.

Price According to Variants

Numerous renders and leaked images have already indicated a lot more about Mi 10 but a few images have grabbed our attention significantly that are official-looking poster leaked images – appeared a few days ago.

The smartphone in the images is supposed to be Xiaomi Mi 10 which adopts a design pattern similar to Xiaomi Mi Mix Alpha, revealed back in 2019. According to leaked images, Xiaomi Mi 10 will have a vertical stripe camera on its rear just like Mi Mix Alpha. 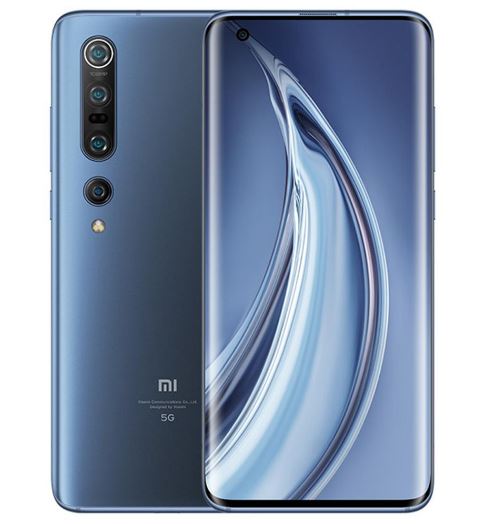 However, it does not have a round panel, unlike the expensive flagship which was announced several months ago. This isn’t the same style structure as Xiaomi Mi 10, according to other renders and live images suggest.

The Pro edition is supplied with a cleaner rear side and a classic gradient style scheme. On the front side, a punch-hole panel with curved sides is supposed to be present.

This is, obviously, crystal clear that Xiaomi Mi 10 will be loaded with a stunning display with a refresh rate of 120Hz. This high refresh rate is becoming the latest trend and most of the companies are trying hard to launch their phones with the same refresh rate.

Based on the latest rumours and published reports, Xiaomi will choose its Mi 10 and Mi 10 Pro both for this refresh rate. Both devices will have an AMOLED display technology with a maximum display size of 6.5-inches.

The new Snapdragon 865 SoC by Qualcomm (confirmed) will be used to power Xiaomi Mi 10 with an embedded 5G modem that supports sub-6 GHz and mmWave. So, Mi 10 is going to support 5G connectivity.

It is the strongest chipset in Qualcomm and bundles the Adreno 650 GPU for very high performance in graphics. Depending on the configuration chosen, the chipset will have up to 12GB of RAM and 128, 256, or 512GB of internal storage.

Android 10 will obviously be customizable from the MIUI 11 out of the box. Unfortunately, at least on the Pro version, there appears to be no headphone jack. A USB-C port adapter is the only way to use the wired earphones. Xiaomi Mi 10 scores more than 560,000 points for AnTuTu, based on the leaked benchmarks. 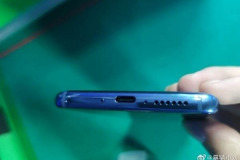 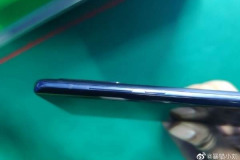 When it comes to its camera department, Xiaomi Mi 10 will be loaded with a quad-camera configuration outback – consisting of a 64MP primary camera sensor (Sony IMX686), 12MP telephoto lens, a 20MP ultrawide lens, and a 5MP depth lens.

The Mi 10 Pro, on the other hand, will have something amazing for the audience. The phone is rumoured to have four cameras on its rear – consists of a 108MP primary camera (similar to Xiaomi Mi Note 20 which is known as Xiaomi Mi CC9 Pro in China), a 12MP telephoto lens, a 20MP ultrawide lens and a 5MP depth sensor. 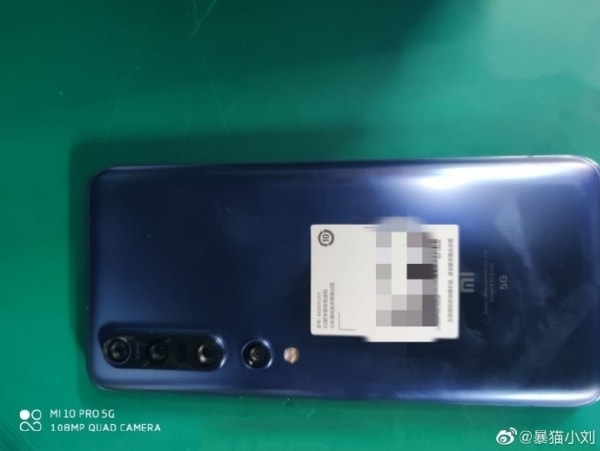 The Xiaomi Mi 10 is likely to pack a massive 4500mAh battery which is supported with one of the fastest 66W charging technologies. 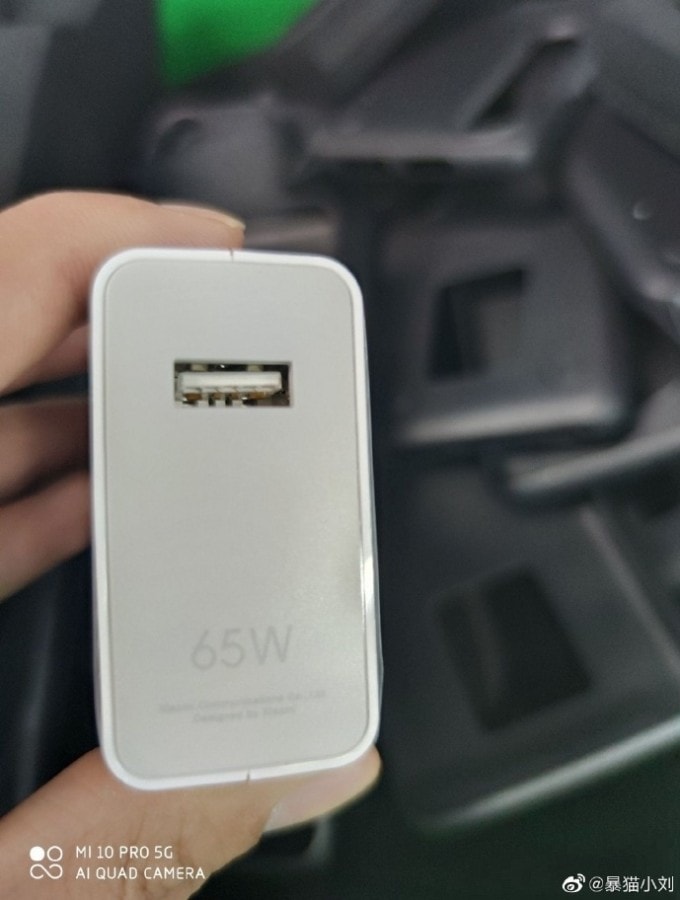 As for its “Pro” variant, a tipster suggested that Xiaomi Mi 10 Pro will feature even a larger battery – 4800mAh. As for its colour options, Xiaomi has yet to reveal details about it.

That’s all about Xiaomi Mi 10 series smartphones for now. The above rumoured and leaks specifications, features, release date and pricing details are almost more than enough to imagine how will it really look like and how smoothly will it perform in different departments.

Importantly, Xiaomi itself hasn’t revealed anything officially, so everything described here should be considered as helpful material. It’s recommended to bookmark this page and check frequently as we are trying to make this page as one-stop-shop by adding latest details on a daily basis.

the authorVictoria Parkle
Victoria Parkle loves writing about the latest and greatest smartphones as well as all the latest news related to technology. She is enlightening the readers with more than 5 years of experience in writing. And when she doesn't write, she can be found listening to music and watching science fiction movies.
All posts byVictoria Parkle
Subscribe
3 Comments
Oldest
Newest Most Voted
Inline Feedbacks
View all comments

Will the MI 10 or the MI 10 Pro have 5G because that is the most important buying point for me.

Xiaomi Mi 10 will feature a under-screen front camera. Mi Mix 4 will have the hole in screen.

This website uses cookies to improve your experience while you navigate through the website. Out of these cookies, the cookies that are categorized as necessary are stored on your browser as they are as essential for the working of basic functionalities of the website. We also use third-party cookies that help us analyze and understand how you use this website. These cookies will be stored in your browser only with your consent. You also have the option to opt-out of these cookies. But opting out of some of these cookies may have an effect on your browsing experience.
Necessary Always Enabled
Necessary cookies are absolutely essential for the website to function properly. This category only includes cookies that ensures basic functionalities and security features of the website. These cookies do not store any personal information.
SAVE & ACCEPT
wpDiscuz
3
0
Would love your thoughts, please comment.x
()
x
| Reply