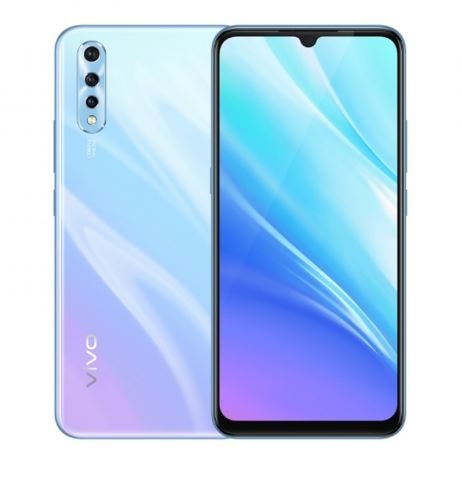 It’s been more than a month when Vivo launched S1 smartphone in China with Helio P65 Chipset and triple rear cameras. Today now, the handset launched in China with a different name Vivo Y7s as the Vivo S1 is already taken by an entirely different smartphone with a rear-mounted fingerprint scanner and elevating selfie camera.

The latest and coolest Vivo Y7s is running on Android Pie 9.0 with company’s own FunTouch OS on top. The display size of the handset is 6.38-inches which is based on Super AMOLED technology and it has an on-screen fingerprint scanner. Vivo Y7s is the first phone to house the latest MediaTek Chipset.

It’s backed by Helio P65 with 2 Cortex-A75 units and 6 Cortex-A55 clocked at 2.0 GHz. The Chipset is partnered with ARM Mali-G52 GPU – faster as compared to Mali-G72 in Helio P60. The total available amount of RAM is 6GB for smooth performance and 128GB of onboard memory (expandable up to 256GB) to store loads and loads of data with ease.

Optics-wise, Vivo Y7s is backed by a triple camera configuration on its back – very much like numerous other smartphones. The cameras comprise of an 8MP wide-angle lens (at the top) with 16MP main camera (in the middle) and a 2MP depth sensor alongside an LED flash.

Rest of the features include an impressive 4500mAh non-removable battery with fast charging 18W feature and a bunch of connectivity options i.e. Wi-Fi 802.11 a/b/g/n/ac, Bluetooth, GPS, and micro USB.

How many colour options will be available to choose it from? It’s quite confusing, for now. But Vivo Y7s handset is confirmed to be priced CNY 1,798 in China which is approx. $260 and €230 and it’ll arrive in stores on July 20th of 2019.