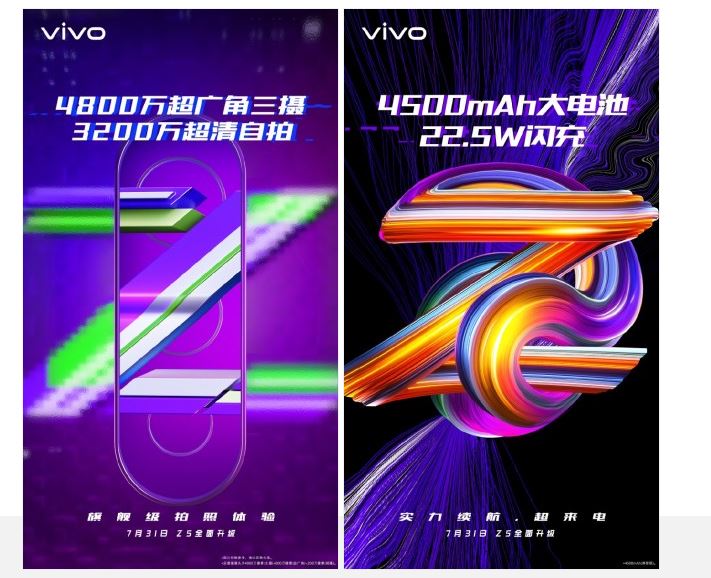 The Chinese giant Vivo will be launching another coolest and state-of-the-art smartphone named Vivo Z5 on July 31st on India. The Vivo Z5 has already appeared on China’s TENAA telecom authority a couple of days back with a model number V1921A. 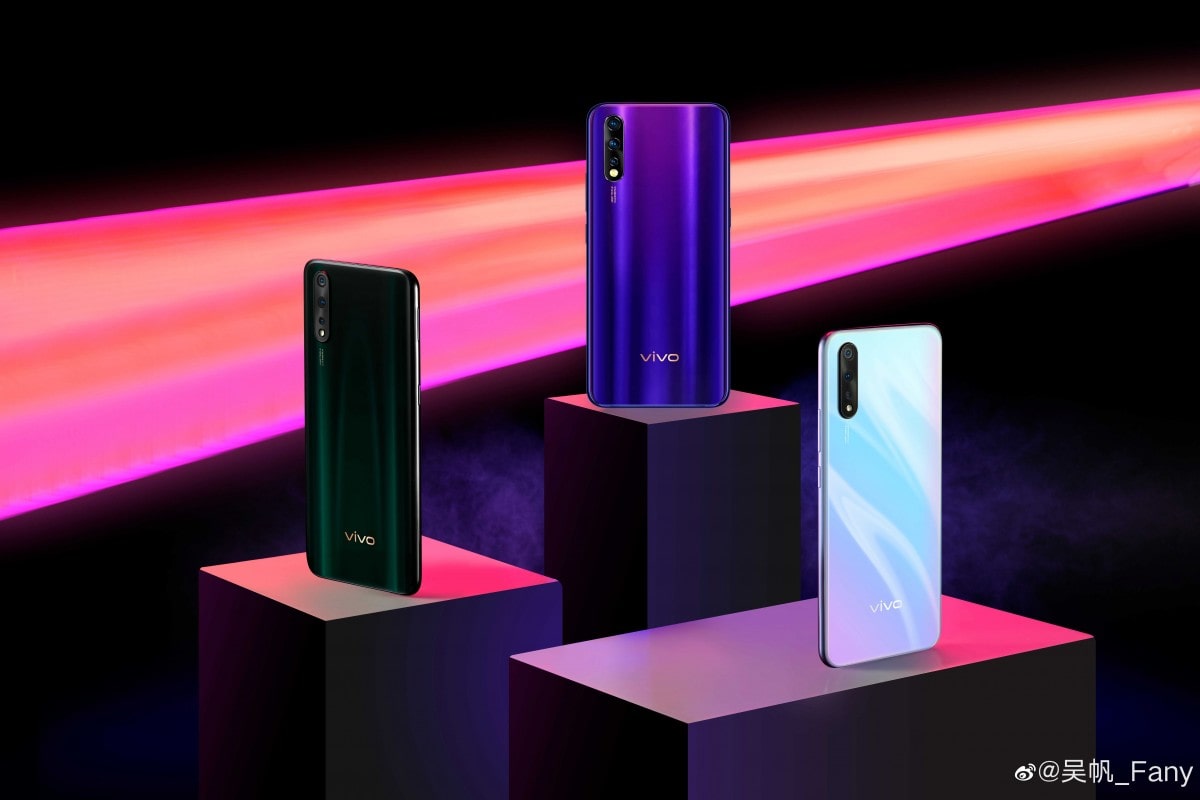 The TENAA listing has revealed an entire list of the specifications and as the launch date is coming near more and more day by day, the Vivo has been revealing key details of the handset. Earlier this week, the company revealed a bunch of official renders – confirming its colour variants as well as its overall design. And now, the company released some posters on Weibo to unveil its key specifications.

According to the specifications revealed on Weibo, the phone will be coming with a Super AMOLED display an on-screen fingerprint scanner and a triple camera configuration on its back with 48MP lens and a 32MP camera on the front. 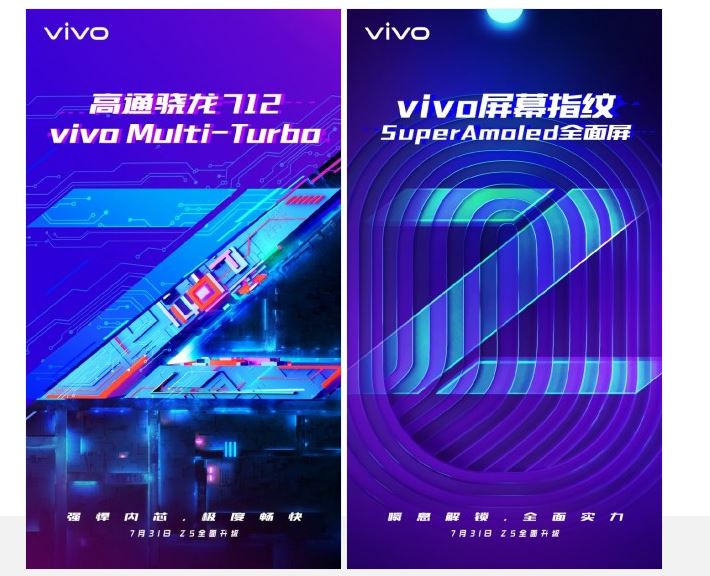 The phone had appeared on Geekbench too with Snapdragon 710 Chipset and a whopping 8GB of RAM. If we go by the rumours and leaks, the phone then will be housing a Snapdragon 712 Chipset and interestingly, that’s what the company confirmed today.

Rest of the details include a 4500mAh non-removable battery with support for 22.5W charging. Thus, it’ll be coming with a USB-C port for fast charging.