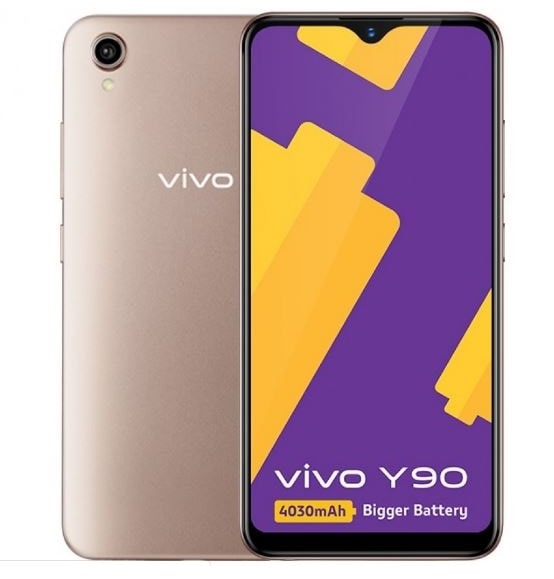 The most anticipated smartphone Vivo Y9 has now been announced officially. The vivo Y90 is priced PKR 18,999 in Pakistan (approx. $120/€105) thanks to its entry-level specifications. As far as the availability of Vivo Y90 in India is concerned, it’s expected to arrive sooner than later.

The handset is featuring a matte finish-like rear panel with a single camera instead of a dual or triple. The major highlights of Vivo Y90 include a MediaTek Helio A22 Chipset, an 8MP rear camera, a 5MP front-facing camera and a waterdrop-like notch on the top of the display to sport the selfie snapper.

The Vivo Y90 is sporting an impressive 6.22-inches display with a maximum resolution of 720 x 1520 pixels. Digging down inside, it’s equipped with Helio A22 Chipset – partnered with 2GB of RAM and 32GB of onboard memory with an option to expand it further up to 512GB through a microSD card. It’s running on outdated Android Oreo 8.1 with FunTouch OS 4.2 on top.

The phone houses an 8MP rear camera whereas a 5MP camera is available on the front to assist you in selfies and video calls. The rear camera features include Face Beauty, Palm Capture, Time-Lapse, Slow, Model Watermark and more.