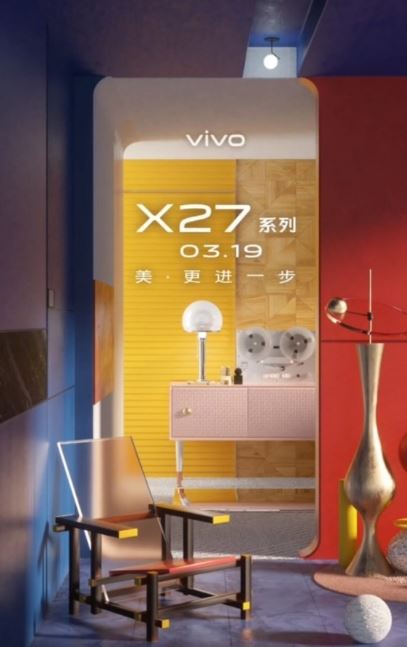 Vivo has all set to surprise its audience with the latest and coolest smartphone named Vivo X27 on March 19. Quite a specifications have already been revealed – thanks to TENAA. Vivo itself introduced a design on Chinese biggest social media platform “Weibo” and now Vivo confirmed in a video that it’s equipped with rising selfie camera.

Vivo posted a total of 3 short 10-second clips – indicating an uplifting front-facing camera in an artistic fashion. The handset said to have an unusual camera design outback which is made particularly to increase product identification.

In the meantime, some just jumped and shared a 9-second video of Vivo X27. The video isn’t in good quality and didn’t reveal much about the handset. However, it’s giving away an outstanding back finish.

Vivo will launch its X27 in two different variants with a difference which is most likely to happen in China. The one variant will be equipped with Qualcomm Snapdragon 675 Chipset whereas another variant will run on Qualcomm Snapdragon 710 Chipset. A regular rear-mounted fingerprint scanner is expected in both handsets – but Vivo X27 Pro will be housing a UD sensor and quality-oriented 32MP front camera.

As mentioned above, Vivo X27 will start hitting shelves on March 19 in China. The official availability in other regions such as India, Australia, and European countries is yet to be announced. Pricing details of Vivo X27 are unknown, for now, as well.