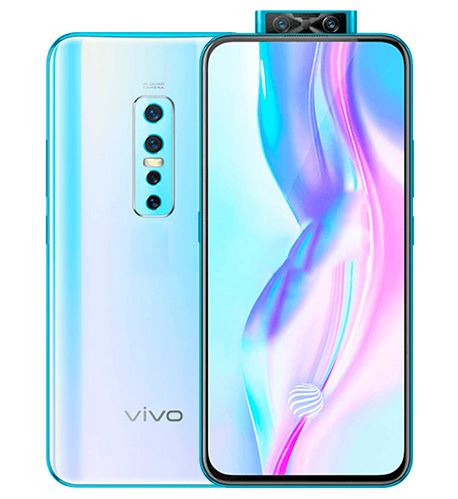 Indian audience is getting smartphones one after another as now Vivo’s V17 Pro has been launched in India. The phone is offering a dual pop-up selfie camera – consist of a 32MP sensor with an 8MP sensor. It succeeds Vivo’s V15 Pro smartphone in many areas as a quad-camera configuration is available on its rear which includes a 48MP primary, a 13MP telephoto, 2MP macro lens for capturing close to the subject.

The phone is powered by Qualcomm Snapdragon 675 Chipset that ticks inside its predecessor. As for Vivo V17 Pro Price in India, one can get his/her hands on one after spending INR 29,990 for its 8GB + 128GB. One will be able to pick it up in a choice of two amazing colours – Glacier Ice and Midnight Ocean.

Talking about its availability, it’s now official with the sale starts on September 27. Indian giants such as Flipkart, Paytm Mall, Vivo eshop, Tata CliQ and Amazon will have it onboard.

Schott Xensation Up glass protects the 2.D curved glass on the top whereas the rear panel is protected by a layer of Corning Gorilla Glass 6.

Qualcomm Snapdragon 675 Chipset powers the handset with a gigantic 8GB of RAM and 128GB of onboard memory whereas 48MP primary camera with a 13MP secondary sensor, 2x optical zoom and 10x hybrid zoom is placed on its back.

The most appealing part of Vivo V17 Pro is its dual pop-up camera setup that houses a 32MP sensor with an 8MP camera. The front camera supports Super Night Selfie feature when it comes to low-light photography.