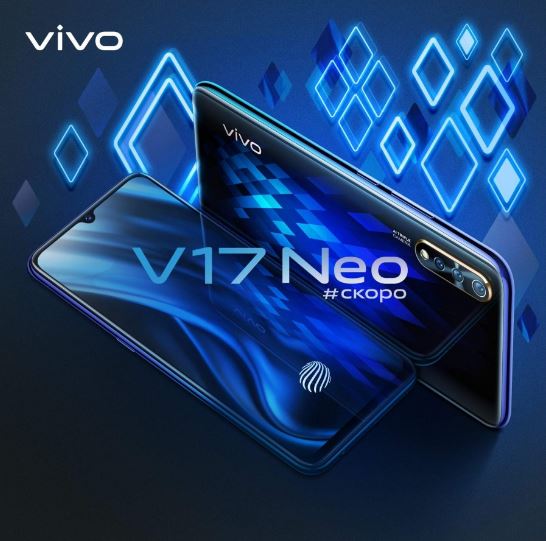 The Chinese smartphone brand Vivo has launched Vivo Y7s in China which is named Vivo S1 in Indonesia. The handset has now arrived in Russia too under a moniker “Vivo V17 Neo”. It’s loaded with a waterdrop-like notch, hefty battery and tri-camera configuration on its rear.

The Vivo V17 Neo has officially arrived in Russia and one can buy it in a choice of two different colours – Pearl Blue and Brilliant Black. The phone set Russians back RUB 19,990 which after conversion comes to around $313.

Taking a look at its display first, it’s sporting a 6.38-inches Super AMOLED display with an aspect ratio of 19.5:9. It does sport an Always-On display feature and a fingerprint scanner is embedded into the display to unlock the handset in a jiffy. 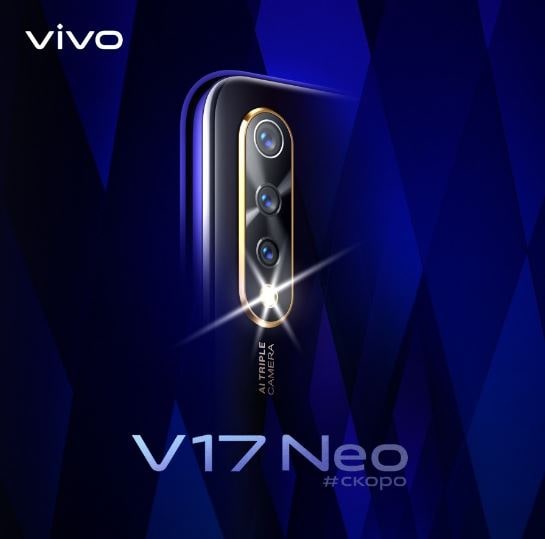 A 32MP camera is holding its position on the front to assist you in selfies and video calls whereas a rear triple camera setup includes 16MP main camera, 8MP wide-angle lens, and a 2MP depth sensor. Doesn’t it sound like Vivo Z1 Pro?

The total amount of battery is 4500mAh which carries support for 18W. Digging down inside the beast, it’s powered by MediaTek Helio P65 Chipset – assisted by a hefty 6GB of RAM and 128GB of onboard memory.

Rest of the features includes Android Pie 9.0 operating system with the latest FunTouch OS UI, a smart button on the left side for Google Assistant, Wi-Fi 802.11 a/b/g/n/ac, Bluetooth 5.0, GPS, NFC and a standard 3.5mm headphone jack.