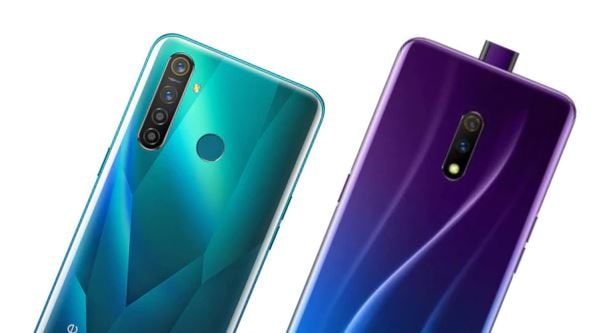 One of the most important gadgets to own nowadays is indeed a smartphone, and thanks to a wide range of super-fancy, super-expensive, and mid-range devices, it’s too easy to find a noticeable difference between them.

Every smartphone manufacturer, i.e., Samsung, Huawei, Vivo, and Oppo, works hard to grab the attention of people significantly, and interestingly, Realme is no different.

A Chinese smartphone company seeks to impose a struggle on the leaders in a short span of time with its state-of-the-art smartphones that are equipped with completely baked features one would need.

Due to immense competition, it’s not that easy for Realme – but given the budget of the company, a vast number of competent specialists with many years of experience, the implementation of every plan becomes much more manageable.

So far, Realme has covered a handsome amount of smartphone market worldwide, and the same is expected in the future as well.

Realme seems to expand its smartphone list aggressively with some top-level smartphones, including flagship and budget-friendly devices. We have put together Realme Upcoming Phones 2020 that is set to be launched in December 2019 and early 2020. 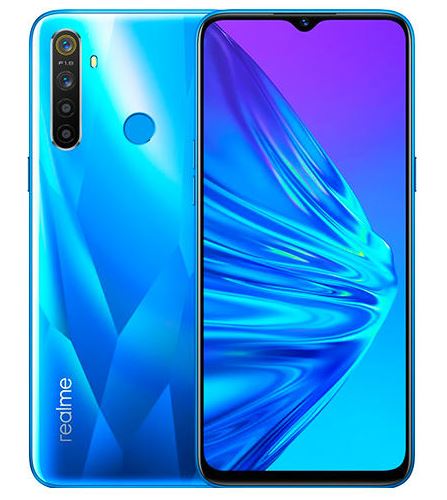 The company is currently working Realme 6, and as of now, it’s just a part of rumours and leaks. This budget-friendly Realme New Smartphone Launch will happen somewhere in 2020 as we are yet to get an exact release date.

However, Realme 6 has something surprising, and excitingly, details are available, thanks to a number of rumours and leaks.

Based on images uploaded on Weibo indicating that it’s running on the Android Open source Project and things are pretty blurred in terms of ColorOS. The phone is likely to cost £108, and it is powered by Qualcomm Snapdragon 710 SoC.

This phone is said to hold a Penta-camera setup outback, consists of a primary camera, ultra-wide camera, macro camera, depth sensor, and an additional lens. 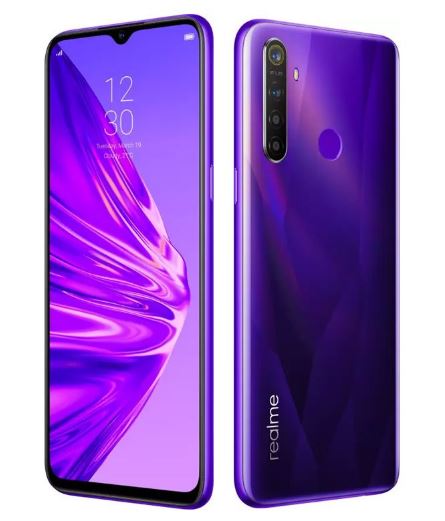 Realme 5s is Realme Next Phone that is said to be released sooner than later in India, whereas other countries have to wait a little more. The phone has already spotted on India’s BIS (Bureau of Indian Standards), suggesting that it’s about to be launched.

The phone was spotted in Thailand as well, giving further proof that Realme 5s exists. Things are quite blurred about the phone, and there have been no renders or rumours.

It’ll, however, be a version of already available Realme 5, and chances are it’ll get a quad-camera configuration but less powerful onboard components as compared to Realme 5 to keep its price low.  Some sources have claimed that it’ll fall in between Realme 5 and 5 Pro, and it’s expected to set users back in between £108-152. 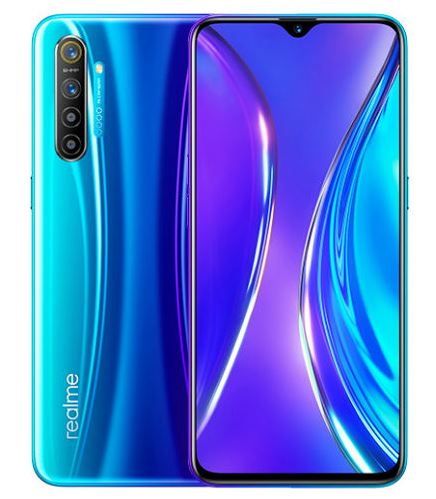 Realme X2 smartphone is also a part of Realme New Phone Launch 2020, and importantly, a complete sheet of specifications is available on the internet alongside its expected pricing details.

The available amount of RAM is up to 8GB with up to 256GB internal storage and 4000mAh battery will power it to stay online all day long. 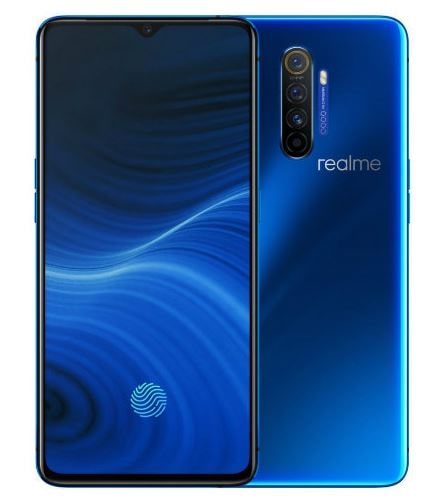 An elder brother of X2, Realme X2 Pro will come with a bezel-less display and slightly upgraded onboard components. The phone is set to be priced £310, and it’ll be equipped with an immense 6.5-inches Super AMOLED display with a resolution of 1080 x 2400 pixels.

The phone comprises a 64MP primary camera, 13MP telephoto camera, 8MP ultra-wide camera, and 2MP depth sensor, whereas 16MP camera is positioned on the front to assist you in selfies and video calls.

It offers up to 256GB internal storage, but one won’t be able to expand it further – thanks to the non-availability of a microSD card slot. The fingerprint scanner is embedded into the display, and a 4000mAh battery is inside the phone to give enough power to stay active before going to bed. 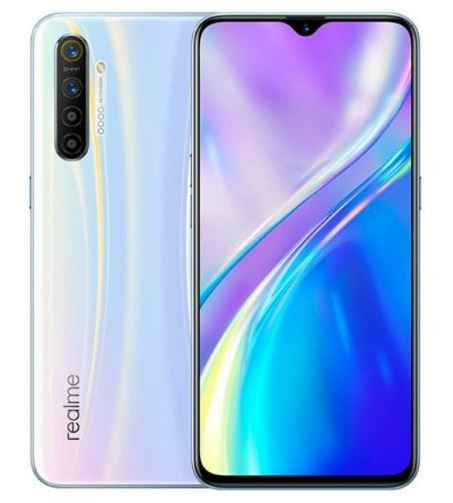 Realme is damn sure to have a set of Upcoming Realme Phones 2020 to compete with Xiaomi’s Redmi devices in markets like India and China.

Many mind-boggling smartphones have already been launched, and now it’s the time to change the game with its upcoming Realme XT Pro.

The phones to be a competitor of Redmi K20 which will arrive with Qualcomm Snapdragon 730G Chipset and a quad-camera setup on its rear.

According to the specifications mentioned on Weibo, it’ll be loaded with a 6.4-inches AMOLED display with a Full HD+ resolution of 2340 x 1080 pixels.

It’ll have a waterdrop-like notch on the top to house a front-facing camera. Moreover, a 64MP quad-camera setup will use the Samsung 64MP GW1 sensor – paired with an 8MP sensor and two 2MP sensors.

The amount of RAM is likely to be 8GB and 128GB of internal memory to store loads and loads of files and other data. 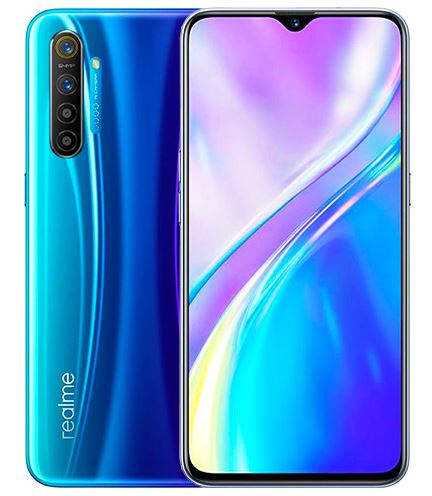 This XT 730G is Realme New Upcoming Mobile with quad-camera setup on its back, a waterdrop-notch on the front, and much more to appeal buyers. The handset is most likely to arrive on stores in China and India somewhere in December 2019, but it’s unlikely.

Ahead of its launch, a complete specification sheet has been revealed, indicating a 6.4-inches Super AMOLED display, Qualcomm Snapdragon 730G Chipset, and Android 9.0 Pie OS – planned to upgrade to Android 10.

The phone will have up to 8GB of RAM and 128GB of onboard memory with an option to expand it further up to 256GB via a microSD card. The rear quad-camera setup includes a 64MP primary camera, 8MP ultra-wide camera, 2MP dedicated macro camera, and 2MP depth sensor.

A 16MP camera will be positioned on the front in a waterdrop-like notch, and 4000mAh battery will provide enough juice for non-interrupted entertainment. 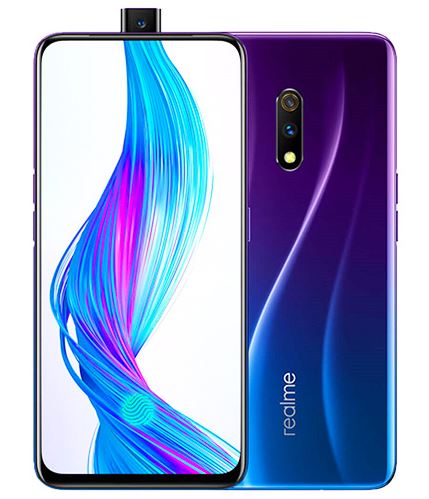 Our list of Realme New Upcoming Phone 2020 cannot be completed without mentioning the company’s 5G smartphone, which is currently under development. It will be loaded with Qualcomm’s Snapdragon 7 Series 5G Mobile Platform that has 5G integrated into it.

The company clearly demonstrated its “Dare-to-Leap Capabilities” in a statement, and thanks to Snapdragon 7 Series Chipset, it would not be a high-end smartphone with 5G connectivity.

We don’t have a piece of reliable information on this upcoming Realme 5G smartphone, aside from its quite a few key features. Since Chipset company Qualcomm is working to bring new 6 and 7 series Chipset in 2020, it won’t be wrong to say that Realme 5G smartphone will be revealed officially somewhere in the first quarter of 2020. We are keeping an eye on it as more details about 5G phones will absolutely come forward in the forms of leaks and rumours.

Wait! Let me make it clear that this comprehensive list of upcoming Realme smartphones will be updated as soon as more information drops.

In the meantime, you can have a look at our “News” section to see what’s exactly happening in the world of smartphones. Moreover, our detailed smartphone reviews can help you decide which mobile phone to buy with ease without spending a fortune.