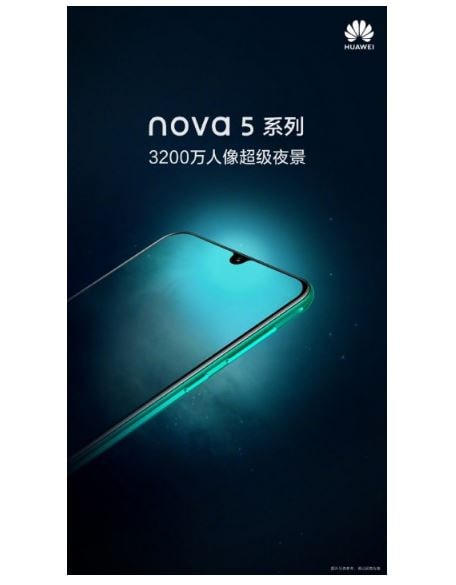 We have already discussed that Huawei has all set to release the Nova 5 series on June 21. The Nova 5 series will include Nova 5i, Nova 5 and Nova 5 Pro. Some online sources have claimed that there would be another smartphone named Nova 5i Pro.

According to the rumours, Huawei Nova 5 will house a 6.4-inches Full HD+ display with a resolution of 2340 x 1080 pixels. It’s most likely to be powered by Huawei’s Kirin 710 Octa-core processor and run on Android Pie 9.0 operating system. It’s rumoured to arrive in two RAM variants – 6GB and 8GB 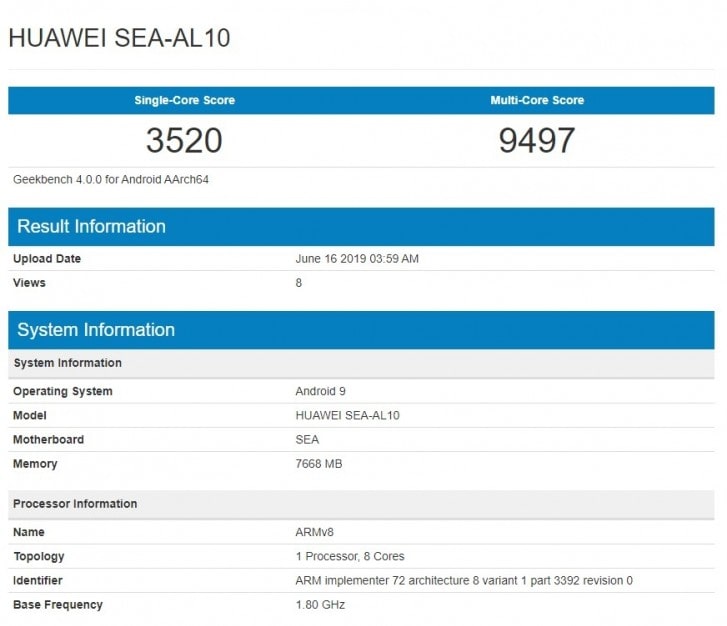 Optics-wise, it may offer quad camera configuration outback which may consist of a 24MP + 8MP + 2MP + 2MP sensors. The front side, however, will be covered by a 32MP camera. The smartphone is said to have a 4000mAh battery and it may arrive in two onboard storage options – 64GB and 128GB. Both variants will be equipped with a microSD card slot to take the storage to the next level.

Recently, a smartphone with a model number “Huawei SEA-AL” appeared on benchmark listing site “GeekBench” showing that it’ll be loaded with 8GB of RAM and will run on Android Pie 9.0 operating system. The smartphone, according to GeekBench, scored 3520 and 9497 in single-core and multi-core tests. Well, the actual name of that device isn’t yet revealed – but it’s speculated to be Huawei Nova 5i.