The Chinese biggest smartphone brand Huawei has all set to launch two new Nova smartphones in China named Nova 5 and 5i before June 2019 ends. The Huawei Nova 5 has already appeared in Chinese platform TENAA last month but its key specifications are yet to be revealed. But, Huawei Nova 5i has now appeared in TENAA with almost all its key specifications.

According to the details revealed by TENAA, the upcoming Huawei’s smartphone Nova 5i is housing a 6.4-inches screen based on IPS Technology with a resolution of 1080 x 2310 pixels. Digging down inside the handset, it’s backed by an Octa-core processor clocked at 2.2GHz – but the chipset name is yet to be confirmed. If rumours around turn out to be true, it’ll have a 12nm HiSilicon Kirin 710 Chipset. 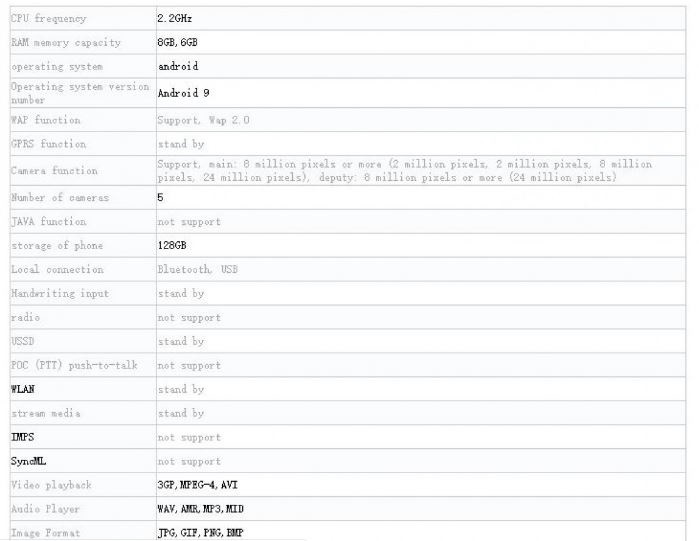 Optics-wise, Huawei Nova 5i comes with four cameras on the back – consists of the 24MP main camera, 8MP secondary camera, and two extra 2MP resolution cameras. On the front, on the other hand, there will be a 24MP camera to assist you in selfies and video calls.

The device weighs 178 grams only and as far as the dimensions are concerned, it measures 159.1 x 75.9 x 8.3mm. The details revealed by TENAA also indicate that it’s packed by 3900mAh non-removable battery and onto software, this mid-range smartphone is running on the company’s latest EMUI 9.0 custom skin based on Android Pie 9.0.