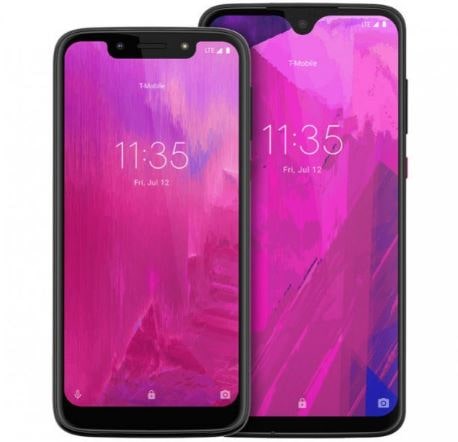 Two latest smartphones are going to be launched by T-Mobile in its Revvl family. Both gorgeously designed handsets will go on sale on July 19, 2019.

Specs-wise, Revvlry comes with a wide-notch like an iPhone X and a massive chin on the bottom. The total display size is 5.7-inches with 720 x 1520 pixels resolution. It has a single 13MP camera on its back along with an LED Flash and a single 8MP snapper on the front for selfies.

Digging down inside, it’s powered by Qualcomm Snapdragon 632 Chipset – partnered with 3GB of RAM and 32GB of onboard memory (expandable). It comes with a rear-mounted fingerprint scanner, 3000mAh battery, standard 3.5mm headphone jack and runs on Android Pie 9.0 operating system.

The Revvlry will be available at $200 only but you will be able to buy it on 24 months installments of $8.34/month. However, it can be bought only for $9 per month if you buy it for 18 months.

The Revvlry+, on the other hand, has a gorgeous waterdrop notch and smaller chin as compared to its younger brother. Instead of a single rear camera, it comes with a dual-camera system – consist of 16MP with OIS and 5MP depth sensor. And on the front, it’s sporting a single 12MP camera to assist you in video calls and selfies.

Rest of the specifications include a 6.24-inches display with 1080 x 2270 pixels resolution and inside the beast, it has Qualcomm Snapdragon 636 Chipset – paired with 4GB of RAM and 64GB of onboard memory (expandable).

The Revvlry+ runs on Android Pie 9.0 operating system and comes with a rear-mounted fingerprint scanner. The available amount of battery is 3000mAh with 27W TurboPower fast charging. A standard 3.5mm headphone jack is also a part of this package.