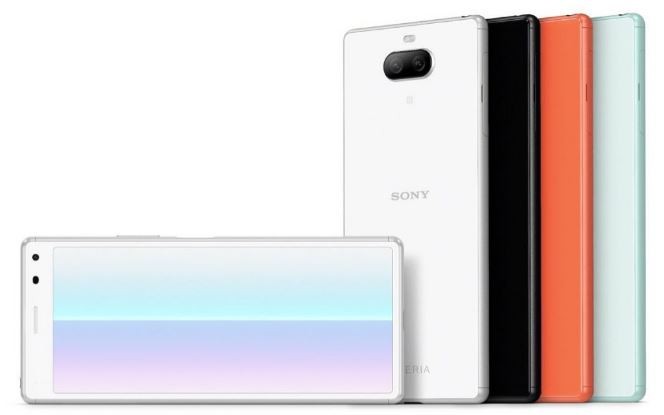 Sony smartphones are not as famous around the world as they used to be, but the company still struggling a lot to get a strong presence in its Japanese home market. Sony’s latest release was Xperia 8, which is the newest mid-range smartphone, and it’ll be released in Japan before October ends.

The smartphone is powered by the Qualcomm Snapdragon 630 processor and set users back 54,000 yen (~$500), making the device relatively pricey for a smartphone that has the same mid-range chipset.

The latest Sony Xperia 8 was announced through a press release in Japan. Aside from that, it’s powered by Qualcomm Snapdragon 630 Chipset and sports a 6-inches display with HD+ resolution. The aspect ratio, however, is 21:9.

A Corning Gorilla Glass 6 covers the front and back which protects it against damage and scratches whereas the rest of the phone is made of metal. 4GB of RAM is available to give you lag-free performance, and 64GB of storage helps you store oodles data with ease.

The phone runs on Android Pie 9.0 operating system, and the design is rather unique with the display stretching nearly till the bottom. There is wide strip above the screen – flaunting a single 8MP front camera alongside earpiece sensor.

It comes in multiple colour options such as Orange, Grey, Black and Blue. Sony Xperia 8 comes with IPX5/8 rating for water resistance and IP6X rating for dust resistance.

There is a qual-camera configuration outback – consists of a 12MP primary camera and an 8MP secondary camera with an LED flash. To keep things moving all day long with ease, it’s equipped with 2760mAh battery, and there is a USB Type-C port on the bottom.

The Sony Xperia 8 is quite expensive, especially given that similarly priced smartphones provide a lot more than specifications. Nevertheless, the success of Sony in Japan may mean that it sells well in Japan in late October when the phone goes on sale.