Compact smartphones by Sony are used to offer mind-boggling features at unmatched rates. And Sony’s upcoming phone named Sony Xperia 5 UK is no different – followed by the launch of Sony Xperia 1. Well, it’s not as much compact as many are expecting – thanks to its 6.1-inches OLED display with a maximum resolution of 1080 x 2520 pixels.

Other Sony Xperia 5 key highlights are related to its Qualcomm Snapdragon 855 Chipset, 6GB of RAM, 128GB of onboard memory, an 8MP front-facing camera, triple cameras on its back and 3140mAh battery. We have compiled everything we know about in our Sony Xperia 5 Review UK below. So, let’s keep going!

The UK audience from September 18, will be able to pre-order the phone whereas Sony Xperia 5 release date UK is all set to be October 4th, 2019. It’s expected to arrive on US shelves somewhere in November 2019, and we are short on words on for the rest of the countries.

As for Sony Xperia 5 Price UK, it’s likely to set users back £699 which seems £150 less as compared to Sony Xperia 1. Well, it’s not a mid-range smartphone – however, for something more affordable, you can get your hands on Sony Xperia 10 range. It’ll come in four different colours to choose from – Blue, Red, Black, and Grey. 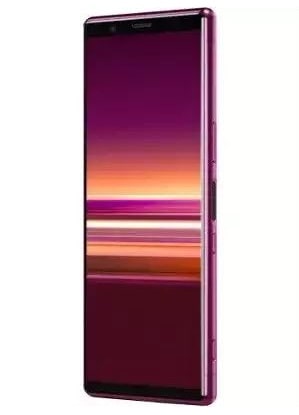 The Xperia 5 is significantly smaller as compared to Sony Xperia 1 from the outside. The original model keeps the aspect ratio of 21:9, but it’s equipped with a smaller screen with a size of 6.1-inches. This may not sound especially small, but Xperia 5 measures 158 x 68 x 8.2 mm dimensions. Although it’s still a very big phone, the small width makes the model so much easier to hold than Sony Xperia 5.

Sony dropped the 4K screen, choosing instead to have a 2520x 1080 screen. That is still quite sharp to eyes, but many apps and content that are not designed to resolve the display are still likely to have problems. 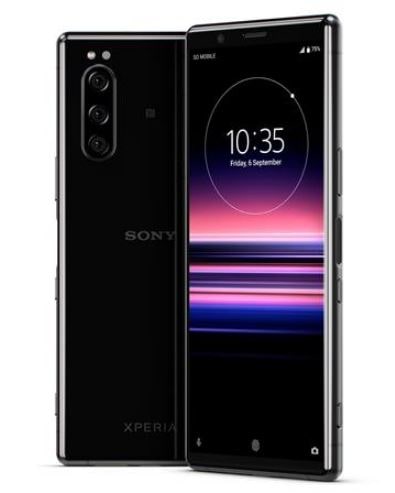 Although the OLED display is less than in the flagship model, the display on Xperia 5 remains HDR-compatible. The feeling of this handset is similar to that of its big brother, but its more plastic body doesn’t give feelings like iPhone XS or Samsung Galaxy S10. The new model, which goes through the Xperia 1, should be robust, with its body less likely to take scuffs. The display is protected by a Corning Gorilla Glass 6 to protect it from damage and scratch.

The central button on the right side of the phone has a shutter, rocker volume, and lock switches. The fingerprint scanner is not yet tested by online sources, but it should be lightning fast even more than Sony Xperia 1’s scanner.

There is nothing to be surprised to guess what is inside as Sony Xperia 5 is loaded with Qualcomm Snapdragon 855 Chipset – like Xperia 1. The same 6GB of RAM and 128GB of storage is available which can be upgraded using the MicroSD slot (up to 512GB). Snapdragon 855 Chipset means it’s not supported by 5G network and you are limited to only 4G connectivity. 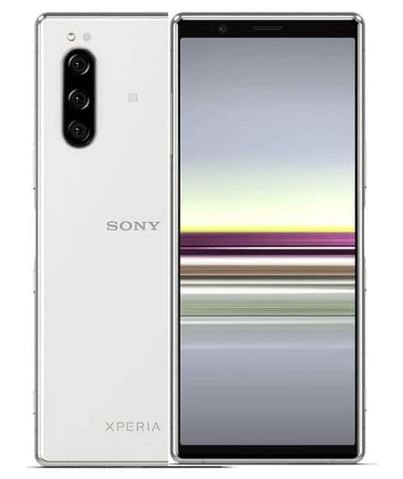 There is a slightly less 3,140mAh (Xperia 1 has a battery of 3,330mAh) charged by the USB-C port of the phone, which supports PD fast charging. The smaller battery does not matter much because there is a lower-resolution smaller screen to power.

Nowadays, missing triple camera configuration on the rear doesn’t make any sense, and thankfully, Xperia 5 is equipped with 12MP + 12MP + 12MP cameras. Altogether, these are designed to offer users with maximum flexibility. Though, all camera sensors have the same megapixel resolution but operate at different focal lengths. The cameras are equipped with an aperture of f/1.6, f/2.4 and f/2.4 respectively.

The front-facing camera, on the other hand, is an 8MP that is ready to assist you in selfies and video. Online sources haven’t yet tested the camera quality – therefore, putting an even educated guess is too prompt. 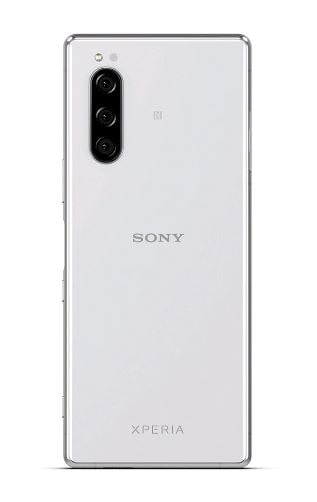 Most important of all, Sony Xperia 5 is compatible with the DualShock controller from PlayStation 4 for proper control. There is even an optional clip on the top of the controller that holds the smartphone. Since this game controller is so much loved, it should give the Xperia 5 a lift, such as the Asus ROG Phone 2. The Xperia 1 is also supported by DualShock 4. Not only this but there is a Game Enhancer too, enabling you to capture your games at 20fps and make yourself entirely different – thanks to the voice changer feature.

7.7With almost similar specifications – very much like its elder brother, it’s a bold move by Sony to bring the price of its premium smartphone down significantly. To cut it short, it’s a nice device with a bunch of decent specifications and interesting features and could be an awesome choice if you want to enjoy a similar sort of experience like Sony Xperia 1 or looking to upgrade when it arrives on October 4th.