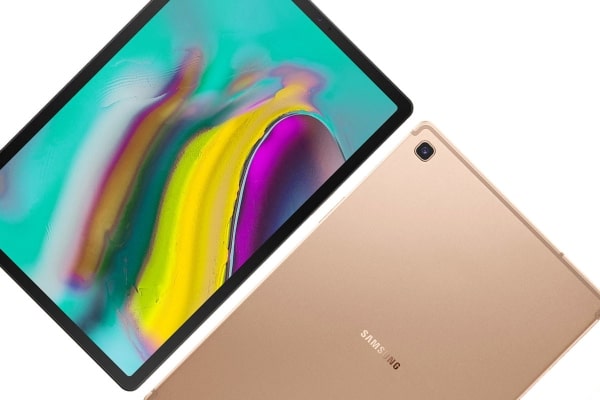 The most-anticipated Samsung Galaxy Tab S6 Lite was a part of rumours and leaks quite a while back. And it was likely to arrive on European stores as a cheaper variant of Tab S6 sometime.

Today, Tab S6 Lite has now surfaced online in the UK – showing quite a few information regarding its official price, specifications and more.

Having a look at Tab S6 Lite specifications, it’ll be loaded with Exynos 9611 Chipset which is partnered with 4GB RAM and up to 128GB of onboard storage. Hence, super-smooth and silky performance and a lot of space to store games, videos and more.

The display size is said to be 10.4-inches – LCD with FHD Resolution. Unlike its siblings, it’s housing a single 8MP camera on its back whereas the front side is covered with a single 5MP selfie camera to assist you in video calls and selfies.

Most interestingly, it’s equipped with S-Pen – now, you are able to get all the features that come in Samsung’s Note-series smartphones.

The battery inside the tablet is likely to be 7040mAh in size and connectivity options include USB Type-C port, a standard 3.5mm headphone jack and more. The UK listing has confirmed that it’ll come in Oxford Grey and Agora Blue variants to choose from.

The UK listing has confirmed that it’ll come with optional Book Cover which as a separate place for fitting S-Pen Stylus.  As far as Tab S6 Lite Price is concerned, it’ll cost UK audience £339 (approx. $422) but its official release date isn’t yet announced.