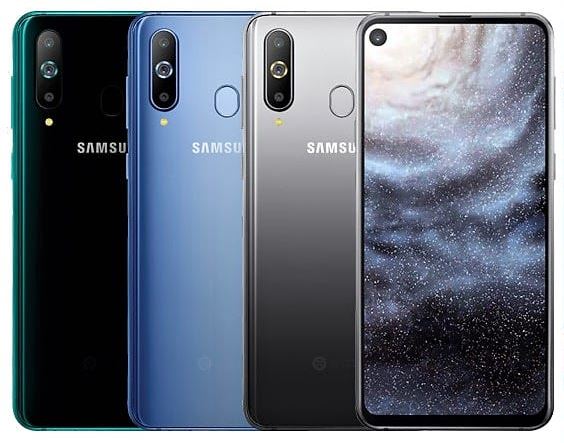 Samsung Galaxy A8s which is the company’s one of the coolest smartphones released back in December in China with the operating system Android Oreo 8.1. But now there is good news only for Chinese people that A8s has started getting Android’s latest version.

According to SamMobile, a security patch also added in the handset back in April 2019. The update is up now and running. A detailed new firmware change log is not available at this time, but it should bring the Galaxy A8s to One UI, the report states.

The One UI features a newly-developed search box or text controls at the bottom of the screen. In addition, users can use new gesture controls, a new pill icon to navigate, refined notifications and Quick Settings, vertical volume controls as well as a new power menu.

To recall Samsung Galaxy A8s features, it’s well-equipped with an impressive 6.39-inches display with a Full HD+ screen with a maximum resolution of 2340 x 1080 pixels and an aspect ratio of 19.5:9. Three sensational camera lenses are holding their position outback – consists of 24MP with LED Flash (f/1.7) + 5MP depth camera (f/2.2) + 10MP telephoto (f/2.4). The front side of the handset, on the other hand, is covered by a dazzling 24MP selfie snapper.

Digging down inside the phone, it’s powered by Qualcomm Snapdragon 710 Chipset which is partnered with a whopping 6GB/8GB of RAM and a huge 128GB of onboard memory – expandable up to 512GB through a microSD card. And to keep things moving, it’s loaded with a 3400mAh battery along with adaptive fast charging support.