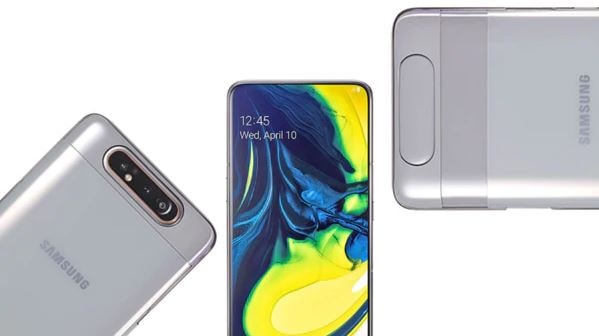 The iconic smartphone with innovative camera lifts and flips design and quite a few awesome features – Samsung Galaxy 80 is up for pre-orders in China. The handset houses a mechanized rotating camera and tall aspect ratio and it’s the powerful smartphone in Samsung’s A-series, so far.

The smartphone has already rolled out in numerous markets including India, Europe, and Australia but it’s available to pre-order in China with price tag 3,799 Yuan (approx. $552).

According to the sources, the Galaxy A80 is available in three colours to choose from – Moonlight Silver, Space Black and Peach Gold. And the shipment of the handset is expected to start on July 25. 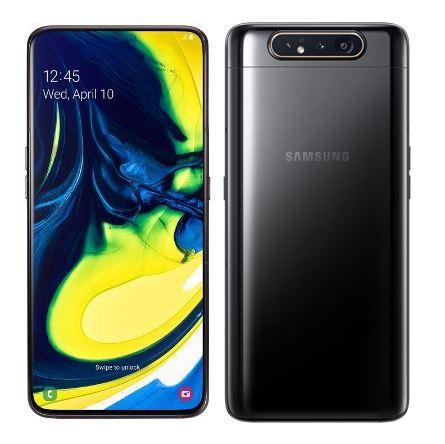 The Snapdragon 730G Chipset works as a brain of the phone – paired with a whopping 8GB of RAM. It doesn’t come with an option of microSD card slot but 128GB of onboard memory seems enough to store loads and loads of data with ease. Onto software, it runs on Android Pie 9.0 operating system with One UI.

Optics-wise, Samsung Galaxy A80 doesn’t sport a front-facing camera as on its rear, there is a rotating triple cameras configuration that includes a 48MP main camera, an 8MP ultrawide lens, and a 3D ToF sensor. The available amount of battery is 3700mAh battery which is backed by 25W fast charging feature.

Rest of the features include a standard 3.5mm headphone jack, USB-C port and a bunch of sensors i.e. gyro, proximity, compass, and accelerometer.