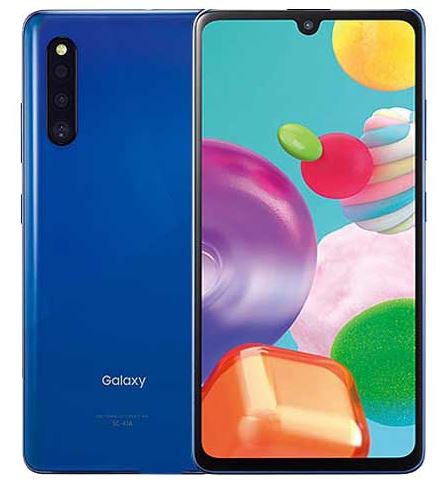 While Galaxy A41 internationally shares its hardware with the version announced a few weeks ago for NTT Docomo, its exterior design is very much different especially from its rear.

What Does Galaxy A41 Bring?

The smartphone is having something different in it when it comes to comparing its Japanese model with the international model. The main difference lies in its rear design where a Japanese model sports a vertically-stacked rear camera whereas an internal model is housing a wide camera bump.

The front-facing camera, on the other hand, is 25MP – positioned in an Infinity-U cutout. The display is in a size of 6.1-inches with a maximum resolution of 2400 pixels by 1080 pixels.

Based on a report, Samsung Galaxy A41 in Germany is equipped with 2 SIM card slots that can work at once alongside a microSD card to expand its onboard 64GB storage to the next level.

The rest of the specifications include 4GB RAM, a 3500mAh non-removable battery with a 15W fast charging feature and an on-screen super-fast fingerprint scanner.

It’s running on the Android 10 operating system with the company’s own UI 2.1 whereas connectivity options include a 3.5mm headphone jack, Bluetooth 5.0, Wi-Fi 801.11 a/b/g/n/ac. It’ll be available in three sensational colours to choose from – White, Blue and Black with a prismatic pattern.