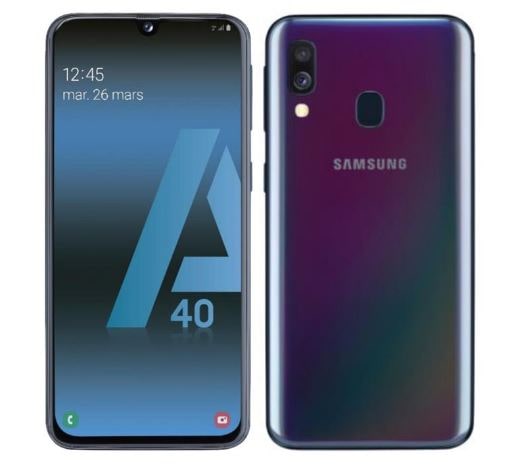 Samsung did an awesome job with its Galaxy A40 as it eliminates the typical disadvantages of a budget-friendly smartphone. It has a sleek design with a gorgeous screen, super-fast fingerprint scanner and most of all, a battery with fast charging feature.

The major drawback is only its camera as if you are looking for extra beautiful and dazzling images, you will be needing to spend money a little more.

Moreover, the chipset isn’t up to the mark but it’s not as that bad for its price range. Anyways, if you are a light user and looking for a phone without breaking your bank, Galaxy A40 is the right option to go for.

However, none of them is as compact and affordable as Samsung Galaxy A40 in the UK in Samsung’s A-Series lineup. With a unique and gorgeous design, ultra-wide-angle camera and Super AMOLED display are the major selling points of that beast.

This is the most affordable smartphone and can easily serve as an exquisite alternative to Samsung Galaxy S10e. aside from that, it’s backed by a Glasstic design Infinity-U and dual camera setup on its back.

It’s flaunting Samsung’s own Exynos 7904 Chipset which can easily compete the phones equipped with Qualcomm Snapdragon.

To know more, we have come up with Samsung Galaxy A40 Review including its official release date, pricing details, and features.

The official Samsung Galaxy A40 release date in the UK was expected back in March 2019 but the phone had some delay and got released later in April 2019.

As soon as the handset released in the UK, it received an excellent response from the market and it’s most likely that the sales will rise in the upcoming months.

Taking a look at Samsung Galaxy A40 Price in the UK, it set users back £220 which is approx. 243 Euros and around 272 USD after conversion.

The price is said to be the plus point as this price-tag with good features and specifications is even less as compared to numerous smartphones in the market.

One can pick Galaxy A40 up in a choice of four sensational colours – Coral, Blue, White, and Black. 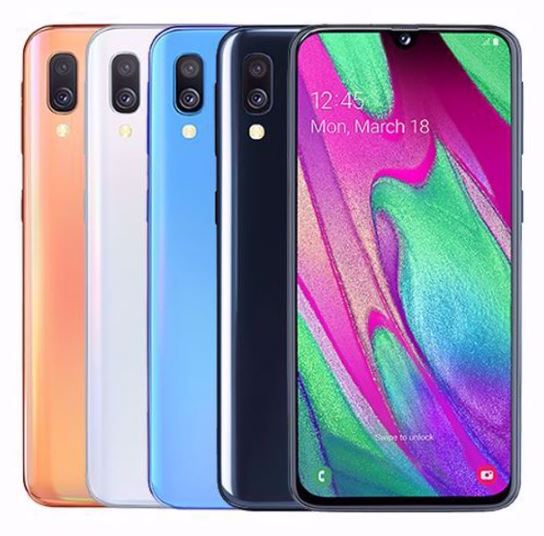 Thanks to its compact design, it’s easiest to hold as compared to all of Samsung’s new A-Series smartphones. The handset weighs 140 grams with 144.3 x 69 x 7.9 mm dimensions.

At first glance, Galaxy A40 looks premium but its lightweight frame and cheaper feel unveiling that it’s made of plastic and glass combo instead of all-glass. However, it still looks gorgeous and functional.

There are dazzling curves at every corner and on the top of the phone, there is a notch in which a front-facing camera is placed. 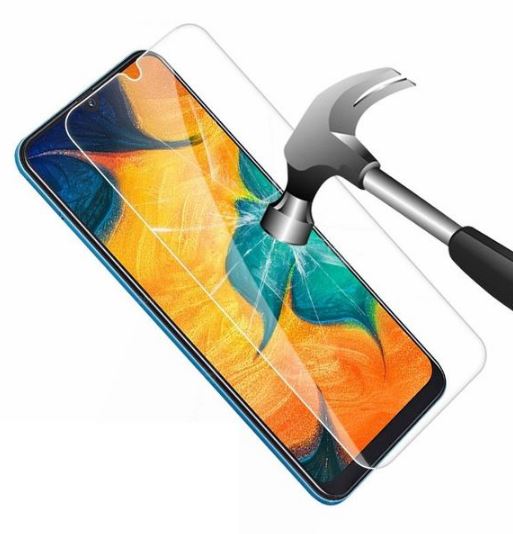 The display with Super AMOLED technology works well but the brightness is only slightly lower than Samsung Galaxy S10. However, it’s colourful enough, vivid and reproduces sharp colours.

The impressive 5.9-inches display with Full HD resolution of 1080 x 2340 pixels makes the images bright and sharp as compared to the Retina Display of Apple iPhones. With a beautiful screen in such an affordable handset, it immediately feels a flagship smartphone.

The primary camera of Samsung Galaxy A40 is 16MP with an option of Auto HDR that means it can provide a stunning contrast between light and dark images. It captures reasonably awesome and sharp images which sound good as far as the price is concerned.

The noise, however, in the image increases when it comes to capturing images in low-light but that’s fine. The primary camera further partnered with a 5MP ultra-wide-angle lens to capture an image of a group of people.

Unfortunately, the captured image is quite less than with a regular camera because the colours aren’t perfect and the image isn’t very sharp. 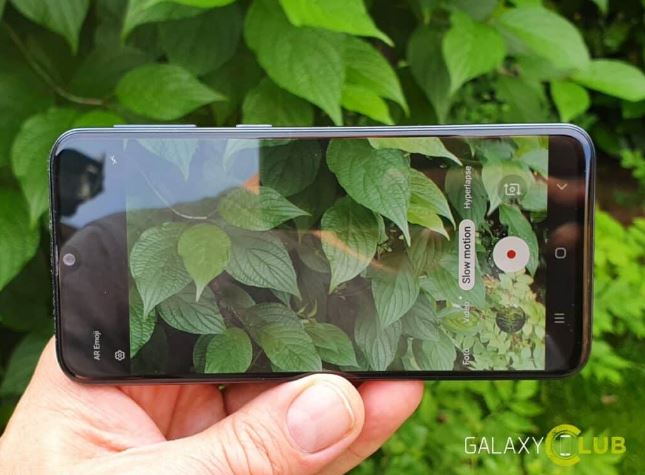 Out front, on the other hand, Samsung Galaxy A40 houses a single 25MP camera which is holding its position in a notch to assist you in selfies and video calls with your nearest and dearest.

Digging down inside Galaxy A40, it’s powered by Samsung’s own Exynos 7904 Chipset – coupled with 4GB of RAM and 64GB of onboard memory.

On paper, Exynos 7904 is a powerful chipset but expecting super-smooth and hiccup-free performance might disappoint you as some sources have claimed that there is sometimes a slight hitch.

And it happens when opening menus or launching apps. It’s not really bad in this price range but it’s something you should keep in your mind before buying.

It’s running on Android Pie 9.0 operating system and sports a 64GB of onboard memory with a room for more storage through a micro SD card. This is indeed good and more than enough to store loads and loads of images, music, and apps. 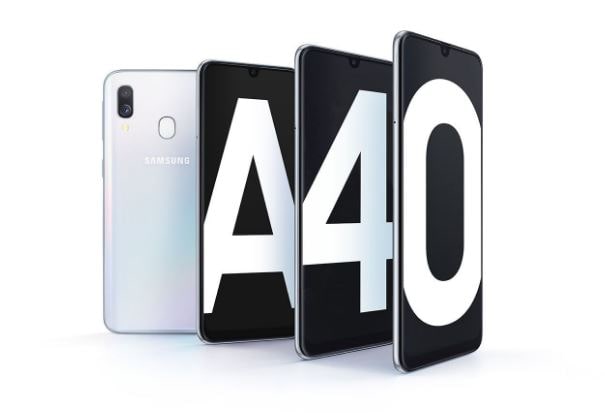 The 3100mAh non-removable battery sounds acceptable in this price range but doesn’t mean a heavy user can go through all day long. However, with light use such as using the internet, watching movies or playing games for a short time period, you can easily go through a whole day.

It does arrive with Fast Battery Charging 15W feature – hence, you can get it charged from 0% to 100% in less than two hours.