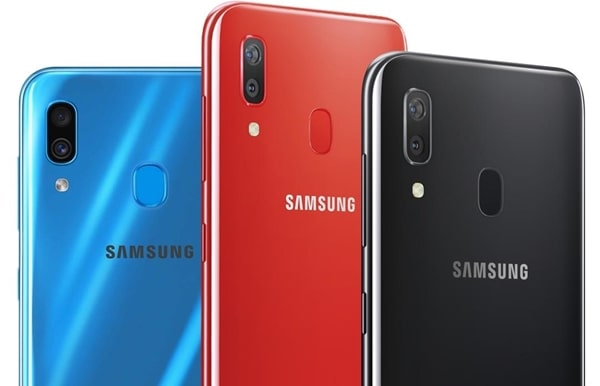 Making it short by saying that Samsung Galaxy A30 sports a sleek design but it’s not as attractive as other Samsung’s mid-range phones. According to our opinion, there is nothing special in Galaxy A30 that makes it stand out from a crowd.

However, if you are charmed with its design, you wouldn’t then be disappointed. But as far as the overall package is concerned, Samsung Galaxy A50 is the best option to get your hands on and if the battery is everything for you when buying a smartphone, Galaxy M30 will be the right option then.

Besides, you can consider buying Redmi Note 7 Pro which takes your enjoyment to the next level when it comes to gaming and camera performance.

With an extensive number of smartphones out there, you can easily find one which can easily fit into your budget with all the features you need.

There are so many smartphone manufacturers – offering smartphones with fully-baked features for what you would expect from a budget-friendly smartphone and that is what actually makes them an obvious choice.

Samsung which is now the world’s biggest smartphone brand recently confirmed that all J-series will be replaced by Galaxy A-Series. That’s the reason we have been seeing Samsung’s Galaxy A-Series smartphones one after another at affordable rates.

The Samsung Galaxy A30 in the UK is one of them – featuring a flagship-level design, Super AMOLED display and much more.

The key features of Galaxy A30 are related to 4000mAh non-removable battery, rear-mounted fingerprint scanner, 3GB/4GB of RAM, 16MP + 5MP rear cameras, Exynos 7904 Chipset and 6.4-inches Super AMOLED display. Read on our Samsung Galaxy A30 Review to find out more including its release date and pricing details. 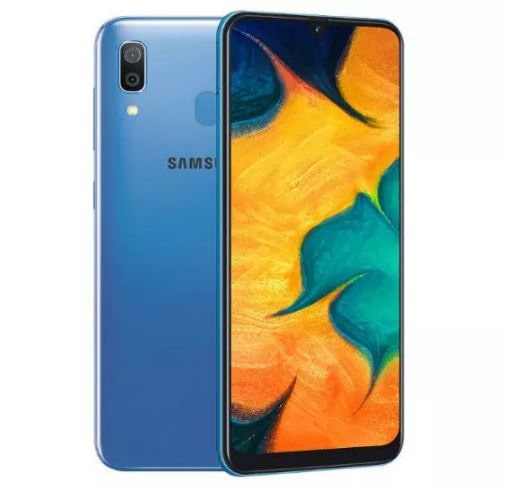 The smartphone has been announced worldwide officially and available on stores to get your hands on. The official Samsung Galaxy A30 release date in the UK was somewhere back in April and it’s up for sale as well. The handset comes in three sensational colours to choose from – Black, Blue, and Red.

As for Samsung Galaxy A30 Price in the UK, it set users back £169-214. Online stores i.e. Amazon UK and PriceSpy have that beast onboard and you can easily but it from there.

At that price tag, it’s quite hard to make a case for a smartphone. Honestly, there is nothing wrong with it but as far as other Samsung’s phones are concerned, it gets overshadowed.

The Galaxy M30 offers a bigger battery, more storage, and more RAM at a similar price point. But if you spend a little more, Samsung Galaxy A50 will be the best option for you then. 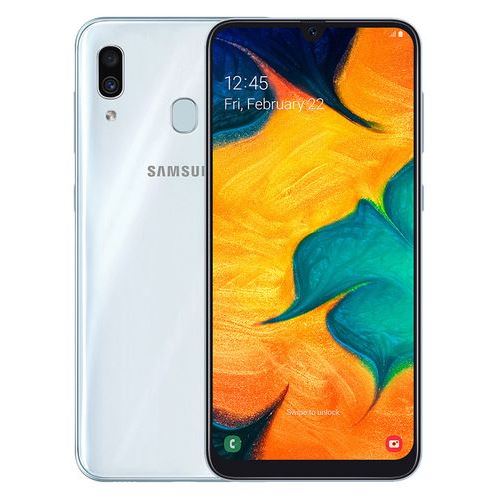 The design of Galaxy A30 most probably be the biggest attraction as it resembles Galaxy A50 – thanks to the sleek curves on the corners. As compared to Galaxy A50, the handset is a little bigger with Super AMOLED display which looks amazing.

However, it’s thin and light enough to give you comfort while holding in a hand and your finger can easily reach on a rear-mounted fingerprint scanner with ease.

Volume rockers alongside a power button are holding their position on the right-hand side and it has a waterdrop-like notch on the top of the screen to sport a front-facing camera. At first glance, you may find a notch as an irritation – but it wouldn’t distract you too much. 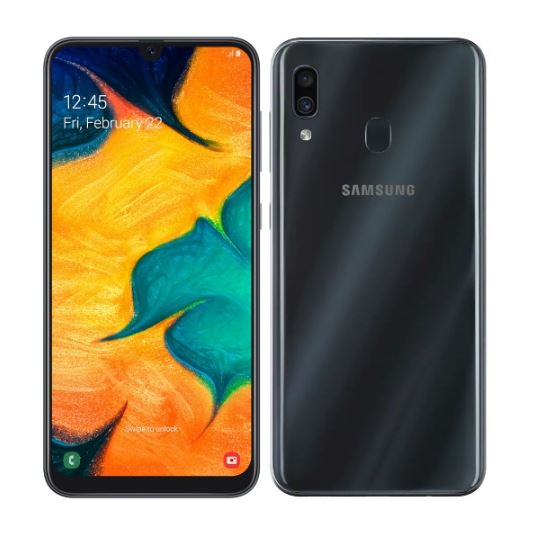 There are too many similarities between Galaxy A30 and M30 and interestingly, the display is no different. Both handsets flaunt a 6.4-inches Super AMOLED display which shines very-well and honestly speaking, it’s excellent to look at.

Being a Super AMOLED panel, the colours are punchy and it looks fantastic with top-notch contrast. The brightness level, on the other hand, goes adequately high and it is visible outdoors easily.

It comes with a built-in blue light filter that skins the whole system UI. Whilst Galaxy A30 lacks a notification LED but in A30, you can set the display to the always-on mode for incoming notifications.

Different from Galaxy M30 and A50, Samsung Galaxy A30 comes loaded with a dual-rear camera module with the 16MP main camera and 5MP ultra-wide-angle sensor.

And on the front, it sports a single 16MP camera to assist you in video calls and selfies with your loved ones. The camera app houses a wide range of features but unfortunately, it lacks video features such as slow-mo and hyperlapse.

RAM and storage-wise, Galaxy A30 is available in two different options to choose from – 3GB with 32GB and 4GB with 64GB alongside an option to expand the storage further up to 1TB via microSD card. And onto software, it’s running on Android Pie 9.0 operating system out of the box.

Performance-wise, it’s up to snuff if you are kind of light user because gaming performance isn’t quite excellent and Mali-G71 MP2 isn’t capable enough to perform as better as Adreno 612 in the phones like Redmi Note 7 Pro.

However, PUBG Mobile lovers can play this game with medium graphics and setting up the high graphics may cause hiccup and lag during playing.

Last but absolutely not the least, Samsung Galaxy A30, undoubtedly, shines with a whopping 4000mAh battery which means a medium to heavy user can easily go through an entire day even with 10-20% juice left in the tank.

The flagship device i.e. Samsung Galaxy S10 Plus is backed by 4100mAh non-removable battery which shows that the Galaxy A30 didn’t skimp out in battery.

Putting all that aside for a second, it’s supported by a fast-charging 15W feature – hence, you can get Galaxy A30 charged fully from 0% in less than two hours.