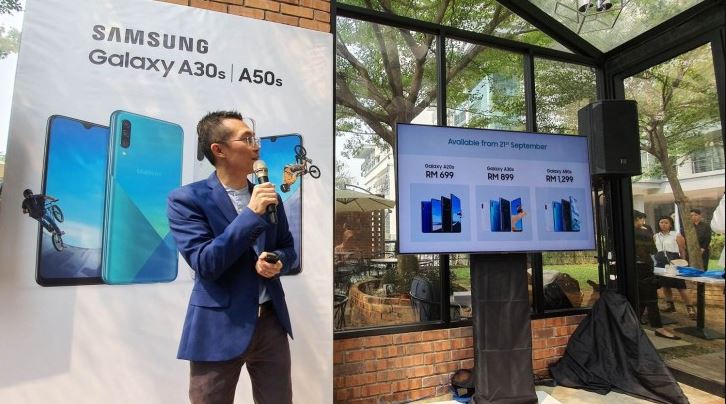 Another Samsung’s smartphone called Galaxy A20s appeared on TENAA with quite a few specifications and images a couple of days back. And now it’s all set to be launched in Malaysia on September 21st alongside its siblings named Galaxy A30s and Galaxy A50s. 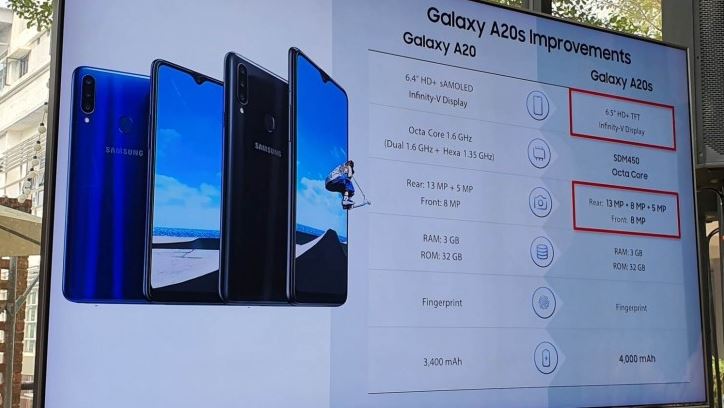 The phone in terms of specifications appear to be downgraded, but it’s equipped with numerous improvements when it comes to hardware.

A well-known source named Amanz.my shared many details of Galaxy A20s, i.e. it’s bearing a screen size of 6.5-inches – based on TFT LCD Panel with HD+ resolution. Octa-core Snapdragon 450, on the other hand, is available to work like a brain.

The smartphone, however, has already released in Asia Pacific Region with different specifications such as Super AMOLED panel and company’s own Exynos 7884 Chipset.

The rest of Samsung Galaxy A20s specifications include a triple rear camera configuration – consisting of a 13MP primary camera – partnered with an 8MP and 5MP snappers. The available amount of RAM is 3GB, whereas 32GB storage comes alongside the beast to store loads and loads of files, videos, and movies.

A 4000mAh battery keeps the lights on all day long, and a rear-mounted fingerprint scanner is also a part of the beast.

The Samsung Galaxy A20s will be available in two different colours to choose from, Blue and Black and it’ll arrive on shores in Malaysia on September 21st with a price tag MYR699 (~$170).