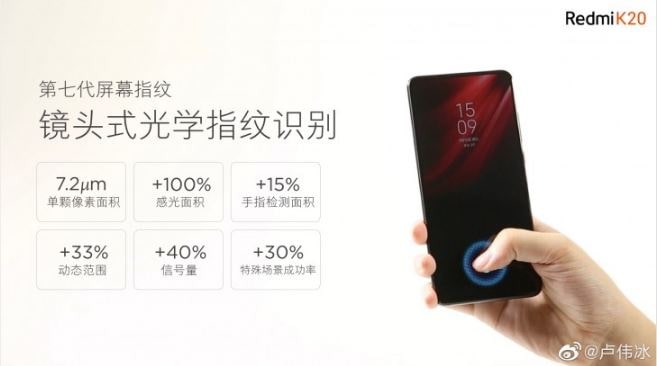 Xiaomi’s Redmi sub-brand is ready to launch its Redmi K20 flagship smartphone in China on 28 May. A few features and design aspects of the next Redmi Smartphone had already been revealed by the Chinese company ahead of the event. The Redmi K20 has recently been shared by the company in a red color variant. And now a smartphone poster has been displayed in a Blue Color on Weibo as well.

The leaked poster shows not only the Redmi K20 in red and blue but also gives an overview of the overall design. The device could come with a pop-up selfie camera, as many leaks and rumors suggest. The device, as you can see in the image, has a slim bezel and an incredible full-screen design. 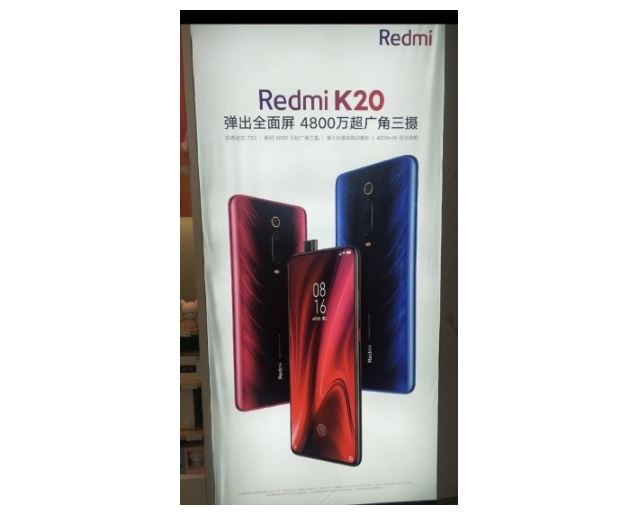 The leaked picture also shows the Redmi K20 can make its debut with the Qualcomm Snapdragon 730 chipset. It also has a 48-megapixel rear primary camera sensor and a large battery of 4,000 mAh.

Rumors suggest that a 48-megapixel main camera, an 8-megapixel TV camera, and a 13-megapixel ultra-wide-angle camera are included in the triple rear camera setup of the phone. In addition, the company confirmed that the Redmi K20 sports a three-camera setup behind the screen that will support 960 FPS slow-mode video recording, according to the sources. A fingerprint scanner of the 7th generation and DC Dimming are provided as well.

Rumors are expected to lead to two smartphones launched by the Xiaomi’s sub-brand Redmi, one standard Redmi K20 model and one more premium Redmi K20 Pro.