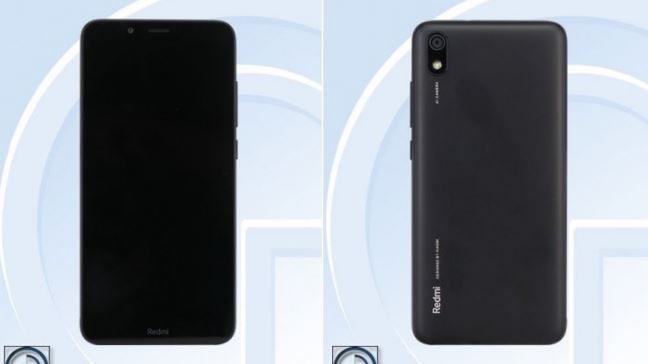 The Redmi 7A appeared on the web last night with a bunch of images. Those images taken by TENAA showed the design of the successor to Redmi 6A. And now TENAA has revealed all the details of the smartphone.

The Redmi 7A is able to maintain the screen sizes and resolution of the predecessor with the model numbers M1903C3EC and M 1903C3EE. Therefore, you get a 720 x 1440 IPS LCD display of 5.4 inches on all sides without any notch but small bezels. On the left-hand side of the earpiece, you find a 5MP camera and on the right, there is a proximity/light sensor.

The phone features a single 13MP rear camera with an underlying LED flash. The polycarbonate backside hides a 3900mAh battery that powers an octa-core 1.4GHz processor. In the beginning, we thought that this SoC was the Snapdragon 435, but that is a step back from the 12 nm Helio A22 in Redmi 6A. Some people believe it to be the 12-nanometer Snapdragon 439 with four cores at 1.45GHz. That is sensible as TENAA indicates the clock speed of the lower cores rather than the clock speed of the four other cores at 2.0GHz.

The smartphones with 2GB, 3GB or 4GB of RAM with storage options of 16GB, 32GB or 64GB respectively. One will be able to take this storage to the next level thanks to the microSD card slot which will let you add up additional 256GB of storage.

When will it be announced? It’s not decided yet. However, this wouldn’t be surprised anymore if we see that handset will Redmi K20 and RedmiBook 14 before May 2019 ends.