Realme X2 Pro with the new placement of quad-camera setup and Realme Logo right underneath it.

In one of our previous posts of Realme X2 Pro, we have described its bunch of specifications such as a 64MP camera, Qualcomm Snapdragon 855+ Chipset and a 90Hz display. Specifics were more than flattering so far, but in some realistic pictures of Weibo, we now have to see the phone itself.

This phone has an obvious difference with its non-pro sibling – thanks to its quad-camera configuration in the center of the phone rather than on the left side like others. The “Realme,” which lies horizontally to the right but underneath the camera lenses, is another exciting thing that appeals to users.

This is absolutely a mind-blowing way to put the company’s logo, and it seems like the company has a reason to put it apart from “no one did it before us.” 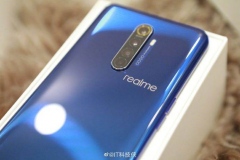 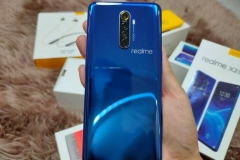 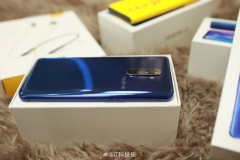 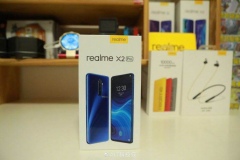 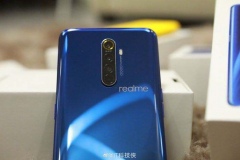 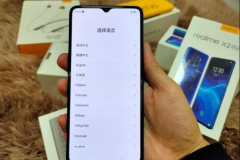 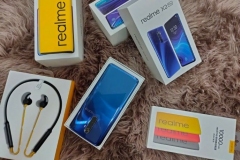 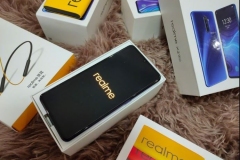 Well, having a waterdrop-like notch to sport a front-facing camera isn’t really a surprise for us. On the live photos, Realme X2 Pro appeared with Buds Wireless, a yellow 10000mAh Realme Power Bank, which is already offered by China and India.

Putting its new camera position as well as logo placement aside for a short while, rest of the things are expected -flat front panel, small bezel around the phone, power button and volume rockers on the opposite side and as far as the bottom of the phone is concerned, it’s obviously covered by grill for speaker or USB-C port. 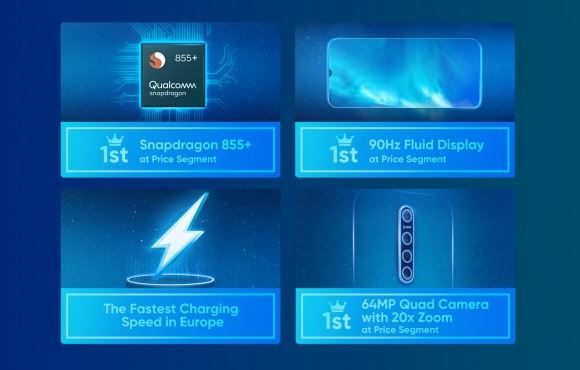 The 50W SuperVOOC charging is another striking feature of the device, revealed by Oppo in its live images. Though it’s not the 2nd-gen standard which easily reaches 65W and compete Oppo Reno Ace it’s quite faster as compared to 30W VOOC 4.0 in Realme X2.