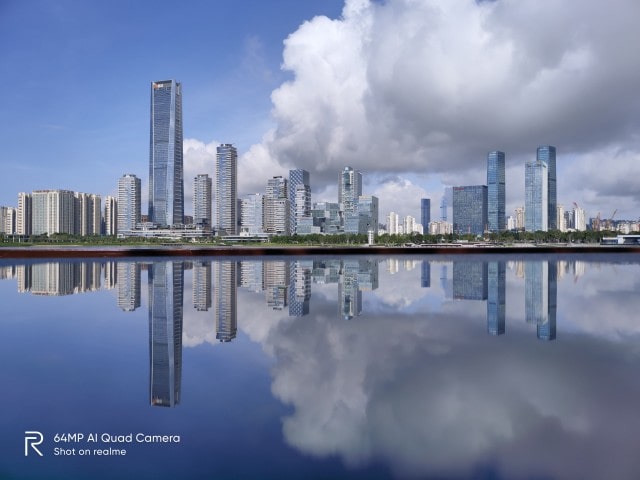 Realme 3 and Realme 3 Pro smartphones were landed in India earlier this year. The Realme 3 Pro was introduced in China with a different name – Realme X Lite and the Realme X smartphone arrived with notch-free display and pop-up front-facing camera. While Realme fans in India are desperately for Realme X’s smartphone to arrive, the CEO of Realme India Mr. Madhav Sheth has confirmed by a tweet that the company is going to launch India’s first 64MP smartphone soon.

The name of the 64MP camera phone was not shown on Sheth’s tweet, however. The mysterious smartphone will feature Samsung’s 64MP GW1 sensor with a big pixel size of 1.6micron pixel. However, it is defined as the “new premium killer.” The camera samples that the tweet carries, state that the phone is capable enough to shoot dazzling images in low-light conditions.

The images captured have a watermark “64MP AI Quad Camera,” which shows that four rear-facing sensors are available on the phone. It is the first Realme smartphone to have four camera sensors mounted on the back. Could it be a completely new unit or the Realme 4 Pro? Whatever the device is called, the firm will first launch it in India.

That’s all we know, so far, about this upcoming smartphone with 64MP quad cameras. Back in August 2018, Realme launched its Realme 2 smartphone whereas Realme 2 Pro started landing on stores somewhere in September. The Realme 4 and 4 Pro, therefore, are anticipated to be released this year around the same time.

What are your thoughts about 64MP camera phone’s image sample which is shared by Sheth? Sheth is expected to share more camera samples of that beast soon.