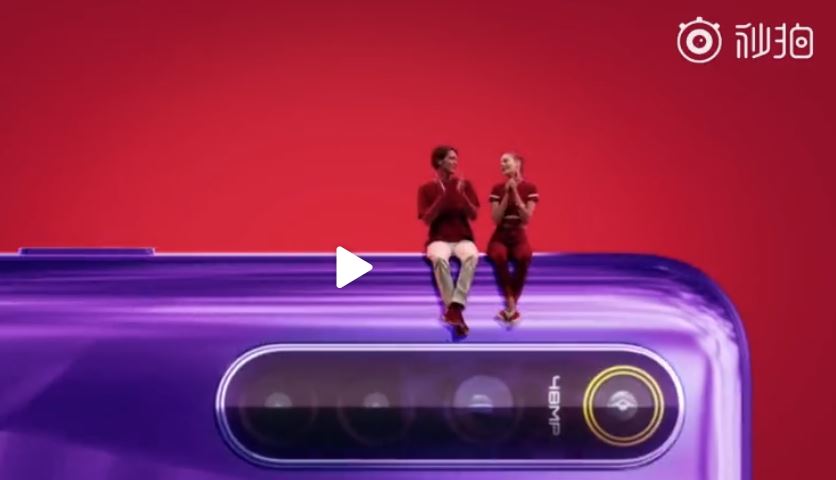 Realme is, for now, struggling more and more day by day to cover a handsome part of the smartphone market worldwide with its entirely baked phones at eye-catching rates. The upcoming Realme Q appears now which is going to be a rugged version of already available Realme 5 Pro.

From Realme 5 Pro, it’s receiving a quad-camera configuration with a primary sensor of 48MP. The Sony IMX586 is a Quad Bayer sensor with a pixel binning capability for the Nightscape function.

Aside from its primary 48MP camera sensor, Realme has confirmed that it’ll be loaded with a dedicated macro camera which will enable you to get an in-focus image from quite a small distance.

According to Weibo post in which Realme has confirmed that Realme Q will be released on September 5 and it’ll be powered by a 4035mAh non-removable battery with 20W VOOC fast charging feature. Furthermore, it’ll be powered by Qualcomm Snapdragon 712 Chipset which is the same as Realme 5 Pro, and it’ll be running on Android Pie 9.0 operating system with ColorOS on top.

The company a couple of days back announced that Realme Q series will be launching on September 5th in China and since then, Realme has teased the availability of Qualcomm Snapdragon 712 Chipset and a gigantic 48MP camera. Moreover, leaked images and teaser posters also confirmed that Realme Q will be a rebranded Realme 5 Pro.