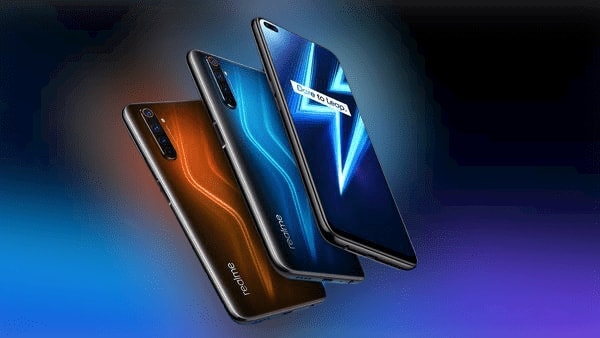 A Flagship Smartphone with Decent Specifications for Mid-range Buyers

Why Should You Buy?

Well, Realme 6 Pro promises everything on paper one would need, i.e., up to snuff performance, long-lasting battery life, outstanding cameras, and of course sharp and crisp display. Moreover, Realme 6 Pro has excellent hardware that looks beautiful.

Aside from its volume and power buttons, its overall construction accurately justifies its price. The onboard features help running everything smoothly without any glitch or lag and again, it’s a crisp display with 90Hz refresh rate ready to take your enjoyment to the next level.

Making a long story short, Realme 6 Pro shines in every aspect. The super-fast Snapdragon 720G Chipset makes it a winner smartphone and therefore, it can be recommended to those who are looking for a mid-range device.

Not really fast but Realme is finally refreshing its smartphone series quite significantly to lead the smartphone market and leave behind the major Chinese giants like Xiaomi.

The latest smartphones are giving customers a lot more choices and definitely, it’s annoying for many who just bought a Realme smartphone and another is now official with better design and specs.

The latest and truly impressive smartphone named Realme 6 Pro UK has now been announced alongside its elder brother Realme 6 which are succeeding Realme 5 Pro and 5, respectively.

Without any doubt, Realme 6 Pro has proven to offer customers excellent value for money with high-end features like a 90Hz refresh rate, a powerful processor, a 64MP main camera, and more.

However, it arrives with a slightly higher price tag but it’s offering a brand-new Qualcomm Snapdragon 720G Chipset, dazzling camera sensor, and quite a few software features.

We’ve summarised everything in our Realme 6 Pro Review including its specifications, features, pricing details, and official availability in the UK. So, let’s keep going!

The official Realme 6 Pro release date was March 16th of 2020 and it’s now on stores in many countries but the UK audience has to wait for a little to grab one.

Unfortunately, neither Amazon nor any other online store in the UK (except eBay) is offering Realme 6 Pro for you but we’re keeping an eye and as soon as it hit Amazon shelves, we’ll have it here for you.

At this price point, Realme 6 Pro faces stiff competition from the gorgeously designed smartphones like Pocophone F2. The F2 is slightly faster than Realme 6 Pro and most importantly, it’s supporting a 120Hz refresh rate display.

Indeed, Realme brings massive changes in its smartphones, and interestingly, Realme 6 Pro isn’t different. The overall design, at first glance, looks quite funky which is being liked by everyone. It has glossy finish back which makes this phone slippery but it’s not a problem – thanks to its Gorilla Glass 5. 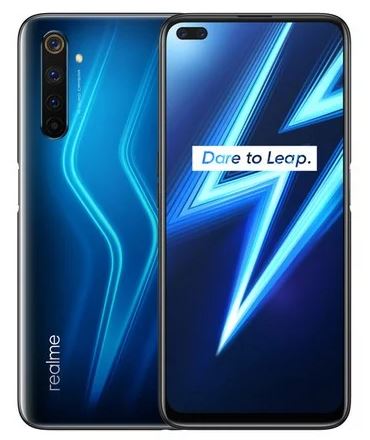 It has the biggest change on the front side as compared to other released Realme smartphones. It’s featuring a gigantic 6.6-inches display with a dual punch-hole cutout on the top left corner of the phone. The front, too, has Gorilla Glass 5 but Realme included screen guard pre-applied.

Besides, four cameras are positioned on its rear in a similar fashion as we’ve seen on Realme 6. All in all, Realme has done an excellent job with its 6 Pro in terms of design, and most important of all, it can survive splashes of water even though it doesn’t comprise any IP rating.

In contrast to Super AMOLED on some of its brothers available in this budget, the company has chosen to display an LCD on this handset. The Full-HD+ 6.6-inch display with a 2400 x 1080-pixel resolution is very sharp, although the pixel density falls below 400 PPI. 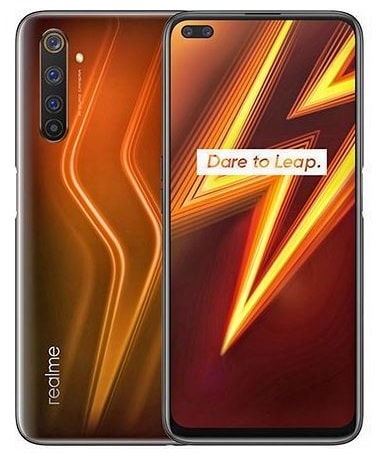 The contrast and the black levels are not quite as strong as the AMOLED screen for the Realme XT, but the quality gap isn’t significant. Above all, the colour reproduction looks pretty much normal to the money and colours.

Realme has a 480-nit screen luminosity figure and does not feel like distracting. And when the sun shines, the light gets pretty bright. The most striking feature is the 90-Hz refresh rate which makes this scroll through compatible apps flicker-free.

Scrolling through content and updates on social media is smoother than a regular screen. Yet don’t expect the 90Hz gaming advantage.

A layer of Corning Gorilla Glass 5 covers the screen. On the flip side, the screen looks a bit too big, and hence, one-handed operation is quite difficult. However, those people who like large screens do not complain.

The Realme 6 Pro is loaded with Snapdragon 720G Chipset which is slightly a lower version of super-powerful Snapdragon 730G. However, it’s quite perfect too when it comes to performance. The processor is partnered with either 6GB RAM or 8GB (depends on which variant you choose) alongside Adreno 618 GPU to manage a graphical department. 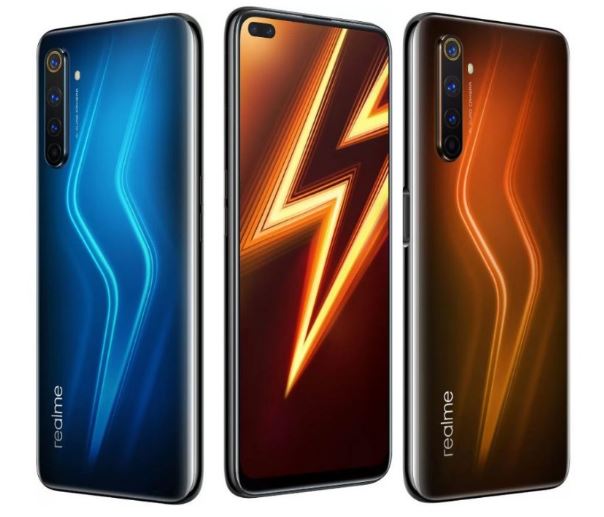 Two different variants are available in terms of storage – 64GB and 128GB with an option to expand it further through a dedicated microSD card slot. Thus, one can store loads and loads of data, i.e., files, images, videos, movies as well as games.

The phone is superb for day-to-day performance without any glitch or lag and interestingly, the display remains ultra-smooth and whether you work on multiple apps simultaneously or play graphics-enriched games, everything is smooth and silky.

The phone manages quite happily every game and some games that don’t support 90Hz display, may not run as smoothly as you expect. As far as benchmarks go, it’ll get a massive bump in performance. There is a 30% hike in the AnTuTu result, a 77% improvement in Geekbench. What else do you need?

Interestingly, Realme has made a significant change under its camera section – very much like Realme X2 Pro which was arrived on stores last year. 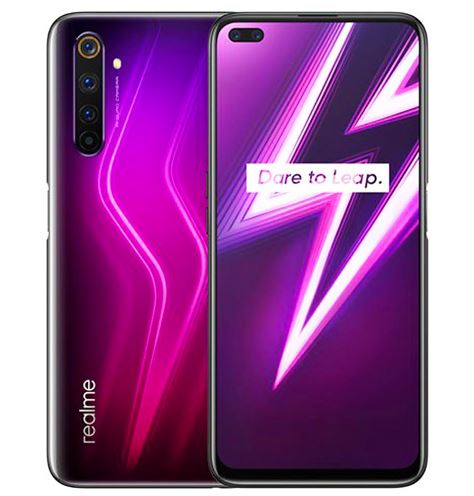 This provides a primary 64MP camera, a telephoto 12MP 2x optical zoom, an ultrawide 8MP, and a 2MP macro camera. It doesn’t quite look like X2 Pro but is fairly similar.

The primary sensor is a Samsung GW1 64MP that helps you to boost the quality of your images in pixels up to 16MP. The 12MP telephoto lens that stands out here is the inclusion. There is no other intermediate phone that we can believe has begun this year with a telephoto lens.

The overall output of each lens is excellent in good light for the phone price. This will take great shots that you will have trouble knowing the difference from a luxury flagship, while the shooting on your widescreen will look magnificent.

If things get worse and the light falls, as well as more expensive phones, this is not the case for flagship phones in a world of 3x, 5x, and even 10x optic zoom.

The 16MP front camera captures uniformly lit images, but the image enhancement options are switched off. This usually happens on most smartphones in the mid-range.

The pictures are beautifully saturated and accurate, however. If you take selfies, you’ll be impressed. The camera is competent for wide angles. The 8MP sensor captures a lot of detail, but the dynamic range is not as good as the main camera.

Last but absolutely not the lease, Realme 6 Pro comprises a whopping 4300mAh non-removable battery which gives you almost 2 days of battery life with mixed activities such as using social media applications, capturing images, browsing as well as watching movies or playing games for an hour.

That is, indeed, an excellent amount of battery you’ll get and most importantly, a better charger alongside this beast. The company bundles a charger of 30W VOOC 4.0, charging the handset in just 57 minutes from 0% to 100%.

Hi. I am interested in realme 6 pro. The Indian version is without NFC and I can’t find one with NFC online. So When is realme 6 pro is going to be released in UK.