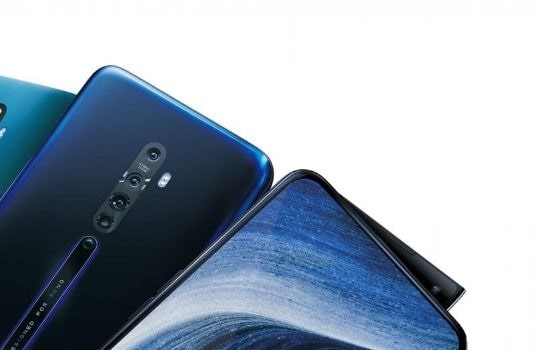 Ahead of its official launch, Oppo has leaked quite a few details such as a quad-camera configuration in a shared teaser image. Another teaser image is indicating that the handset will have an awesome selfie camera which we have already seen in Original Oppo Reno – launched earlier in 2019.

Oppo appears to market 20x zoom support heavily on Oppo Reno 2 that’s a major upgrade from 10x zoom support on Reno 10x zoom. The rear-mounted camera is positioned vertically and the major camera seems to be around 48MP.

Taking a look at Oppo Reno 2 series, the back of the phone doesn’t have a fingerprint scanner which means it’ll be loaded with an on-screen fingerprint scanner. The four rear cameras look interesting too with the decreasing size of camera sensors.

10x zoom was indeed one of the major selling points of original Oppo Reno and the Reno 2 series is most likely to continue that trend with an improved 20x zoom feature. To recall, 10x zoom comes with numerous features such as portrait mode and ultra-night mode. The expected Reno 2 series features include 6.43-inches AMOLED display, 48MP rear camera, 4065mAh battery, up to 8GB of RAM and up to 256GB of onboard memory.