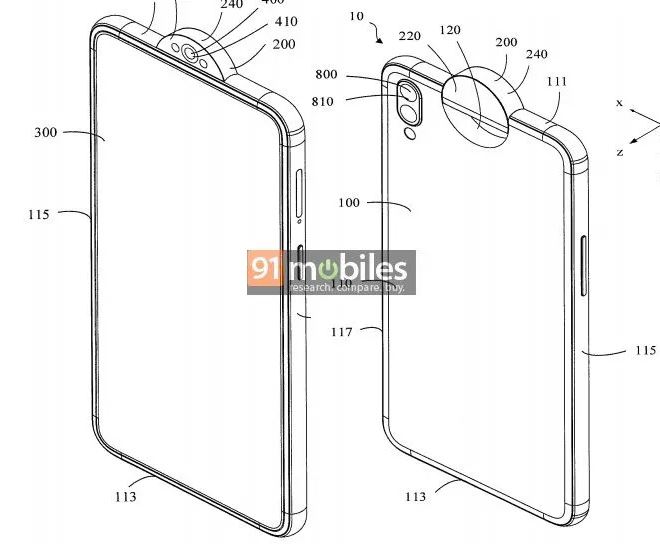 Oppo to Launch a Smartphone with Rotating Selfie Camera

The Chinese smartphone brand Oppo has adopted quite a few methods in the past couple of months to offer their audience with the latest technology enriched and innovative smartphones. We cannot forget Oppo Find X which is Oppo’s dazzling smartphone with slider mechanism – contains both rear and front cameras.  Later, Oppo decided to add a pop-up selfie camera in Oppo Reno and K3. And now, Oppo has all set to go extra miles with its upcoming smartphone.

By the United States Patent, Oppo has been granted a patent – showing a smartphone with a rotating pop-up selfie camera. Moreover, the patent shows that this smartphone has an edge-to-edge bezel-free display and dual rear cameras.

The front-facing camera of the handset is hidden in a semi-circular module. This module uses three separate gears to bring the selfie-snapper above the display. Though, it’s not mentioned in the patent – but according to the reports, the semi-circular selfie camera module will have an LED Flash unit and other sensors. 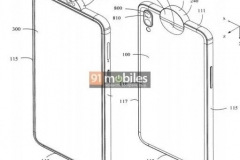 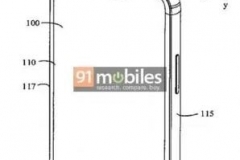 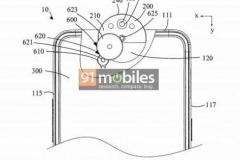 For now, we are not sure when Oppo will exactly be implementing the semi-circular selfie snapper module which is revealed by the patent. Well, Oppo had already filed the original patent back in October 2018 and granted the same yesterday. So, it wouldn’t be wrong to assume that we will get our hands on this module on one of Oppo’s smartphones sooner.
0 0 votes
Article Rating
Source:91mobiles
Tags:androidLeaksOppo
Share on FacebookShare on Twitter