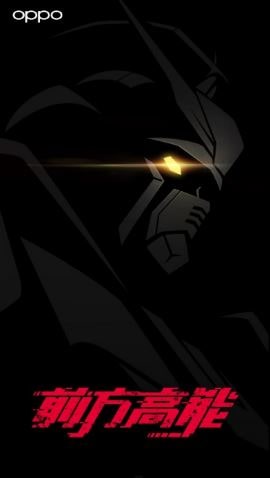 Aside from F11 Pro Avengers Endgame Edition which is already the talk of the town, Oppo has brought another Edition smartphone – dedicated to Gundam. According to the details on Oppo Reno’s Weibo account and, of course, thanks to the numerous leaks, this phone’s overall design is inspired by a series of Japanese Robot Anime.

This latest and coolest smartphone will be loaded with a punch hold front-facing camera like Samsung Galaxy S10 – but it’s positioned in the center of the display and there are small/minimal bezels all around the handset.

Taking a look at the back of the phone, the rear panel has a sleek Gundam robot along with a dual camera configuration as well as flash for low-light images. In the leaked or appeared phones, there is no existence of a physical fingerprint scanner which means it’ll be holding an on-screen fingerprint scanner. The front of the phone indicates robot characters so we can expect some impressive Gundam theme and extraordinary backgrounds.

Keeping in mind all the previously released smartphones, we are expecting some nice packaging with some exquisite contents such as a case and nearly collectible merchandise. Based on rumours, it’s going to be a part of Reno line so that we can expect upper midrange or even flagship-level components inside the handset.