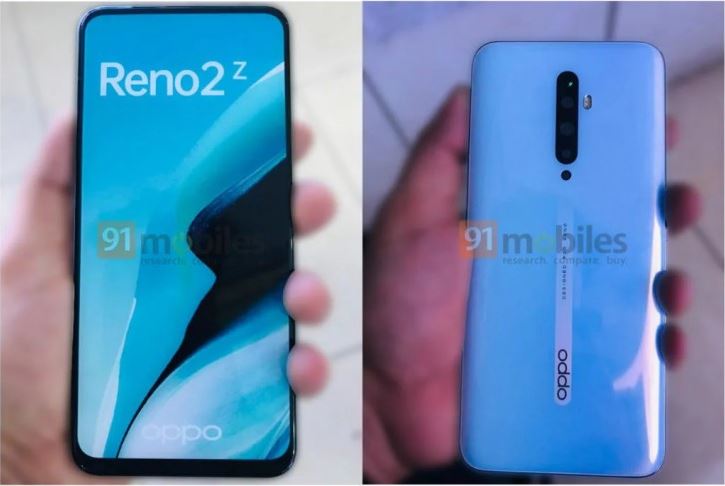 The Oppo Reno2 lineup will be launched in India on August 28, 2019, with its next-generation smartphones. As reported, we are going to see three devices named Oppo Reno2, Reno 2F, and Reno 2Z.

Recently, some of the key specifications of the coming Reno2 smartphone had been disclosed by the company. The Reno 2Z specs were also subsequently leaked online. The third device in this series — Reno 2F has now appeared online as well.

According to the latest reports, Helio P70 SoC will work as a brain in Oppo Reno 2F, combined with a whopping 8GB of RAM and 128GB of internal storage. A 6.53-inches full HD+ AMOLED screen with an in-display fingerprint detector is anticipated to be available as well.

As regards the camera configuration, a quad-camera setup is said to have been installed on the back of the smartphone. It consists of an ISOCELL Bright GM1 48MP, combined with an ultra-wide-angle 8MP lens and two 2MP sensors.

Like the Reno 2Z, the 2F model also comes with 10x digital zoom assistance and also supports an Ultra Night Mode 2.0 feature. This Reno 2F model, unlike the Reno2, will come with a pop-up front camera that rises from the middle of the frame but does not have the iconic shark-fin system of the company.