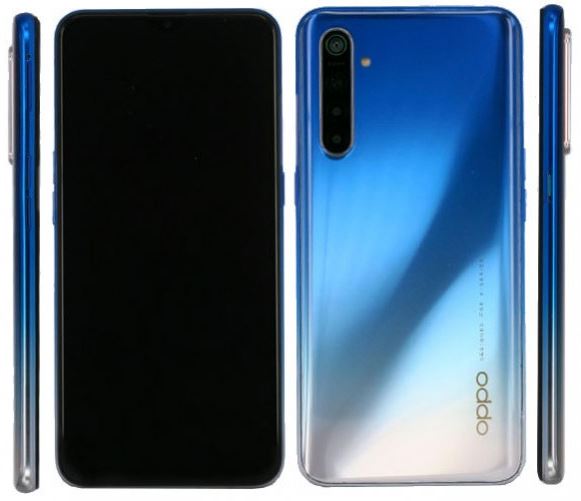 Oppo seems to release smartphones one after another as Oppo has announced to launch another smartphone named Oppo K5. It’s going to be the first smartphone that houses the latest fast-charging technology.

Though Oppo didn’t reveal a lot of details about the handset, a complete list of specifications and a bunch of Oppo K5 images have appeared on TENAA.

According to the details appeared on TENAA include a 6.4-inches FHD+ AMOLED display with a resolution of 2340 x 1080 pixels and expected to be powered by Qualcomm Snapdragon 730G Chipset. The handset surfaced with a model number PCNM00 and measured 158.7 x 75.2 x 8.6mm.

Besides, Oppo K5 comes with a hefty 8GB of RAM and 128GB of internal storage that can be taken to the next level with a microSD card slot. An in-display fingerprint scanner helps to provide security and runs on Android 9.0 Pie operating system with Oppo’s ColorOS custom skin on top.

A waterdrop-like notch is presented on the front that accommodates a 32MP selfie snapper. And as far as rear cameras are concerned, Oppo K5, like recently released devices, flaunting a quad-camera configuration which consists of a 64MP primary camera, an 8MP secondary ultra-wide, 2MP depth unit and 2MP macro camera.

The handset is most likely to be powered by a 4000mAh non-removable battery that is supported by 30W VOOC fast charging feature via USB Type-C port. We are short on words on in terms of its official availability and pricing details but it’s expected to be released sooner than later.