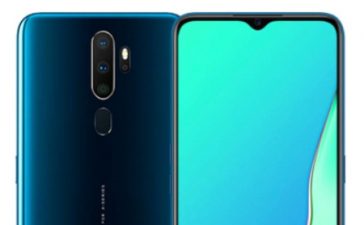 The Oppo A9 2020 for only £269-299 seems a good smartphone for those who are looking for a large display phone without spending a fortune. Not only the large display, but its 8GB of RAM, massive storage, exquisite cameras, and, of course, a whopping battery altogether make it stand out from a crowd. It’s one of the best phones to compete with Vivo S1 and other phones in this price range. The only problem with this beast is that it’s not as sturdy and strong as Xiaomi Mi 9T Pro and Huawei’s Nova 5T as these both devices offer flagship-level performance without any lag and glitch. But against the rest of the mid-range devices around, Oppo A9 2020 is an ultimate option that wouldn’t disappoint you.

Oppo’s another hero is named Oppo A9 2020 UK, which has already been released by the company alongside Oppo A5. The smartphone is loaded with a quad-camera configuration and a whopping 5000mAh battery (a major upgrade over Oppo A9).

The Chinese smartphone giant Oppo always produces flagship smartphones with desirable reliability in the hope of catching up as well as leading the cart and overtaking market leaders such as Samsung, Huawei, and Apple. It is worth noting that, for the majority of the company’s parameters, the best smartphones in the highest price category can compete successfully.

Aside from its key features, i.e., 5000mAh battery and quad-camera configuration outback, it speaks itself thanks to its 8GB of RAM, Qualcomm Snapdragon 665 Chipset, Android Pie 9.0 with ColorOS 6.1 and 6.5-inches (720 x 1600) display. The phone is already on shelves across India, but either it comes in other parts of the world or not, it’s not yet announced. The company even didn’t reveal a single word about its official launch in Europe and the United States. 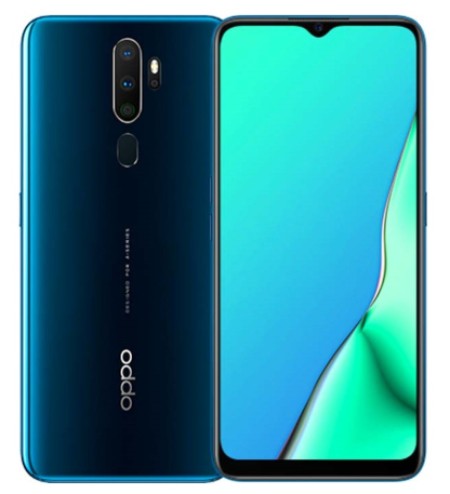 However, mentioned everything here on this single page is entirely based on what sources have claimed (who have shared their hands-on experience). So, read out our Oppo A9 2020 review below to find out what it dishes out for its audience.

The official Oppo A9 2020 release date UK is not yet revealed by Oppo, but it has landed on shores across India and the nearest regions for the audience to get their hands on.

The phone arrived in India back in September 16th as per Oppo’s commitment, but the rest of the countries such as Australia, Canada, European countries, including the UK and the United States, have to wait a little more.

The handset arrives in two different colours to choose from – Space Purple and Marine Green, but it’s for an Indian audience. Will the UK audience get the same colours or not? It’s not yet clear!

Like many other flagship devices, Oppo A9 2020 is equipped with glass back design and gradient colours. It comes in two colours (as mentioned above), Marine Green and Space Purple, which creates an S-Shaped reflection in lights. At first glance, it looks like a premium smartphone – thanks to its unique and eye-catching design which resembles Oppo R17 Pro.

Waterdrop notches have been spread like an infection from one smartphone to another, and interestingly, Oppo A9 2020 is no different. A waterdrop notch out front sports a 16MP front-facing camera, and there is a call speaker as well. The area in which it lacks is an LED notification light, which could have been great for incoming messages and other alerts. 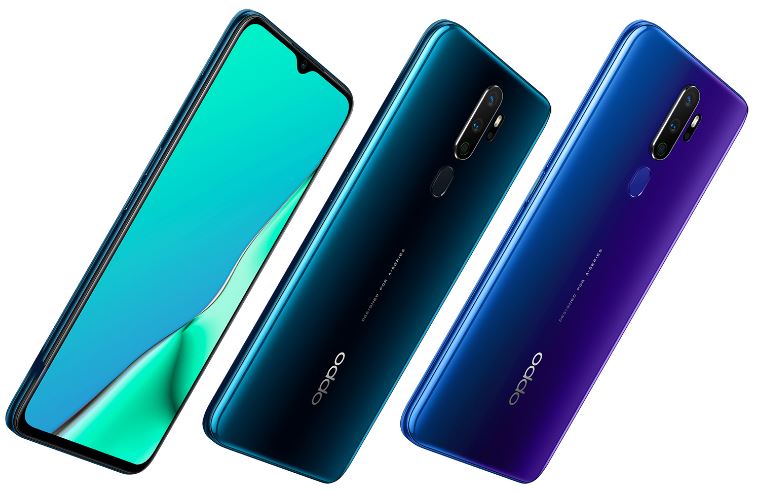 A power button is positioned on the right-hand side that feels tactile and clicky, and a thumb can be reached with ease. The addition of a green accent inside the power button adds artistic value to the beast.

The left-hand side, on the other hand, is filled with volume rockers and a tray to put Nano SIMs and a microSD card for further expansion of onboard memory. The top side doesn’t have any component, but the bottom is covered by a USB Type-C port, a standard 3.5mm headphone jack, and a microphone, as usual.

Regardless of its gigantic 6.5-inches display, A9 2020 is easy to hold in hand – thanks to its curved sides. However, a user with small hands will have a problem using the phone with a single hand. The only issue is that it’s a fingerprint and smudge magnet, which makes some users irritate to clean over and over again. Interestingly, Oppo offers a free clear case to get rid of that problem.

The Oppo A9 2020 comes loaded with a massive and immense 6.5-inches HD+ IPS display, which is protected by a Corning Gorilla Glass 3. The bezels are thin, but a thick chin can be seen, which isn’t really disturbing when watching movies or playing games.

The major issue with the display is only its 720p resolution. Given the price point of this smartphone, it’s quite disappointing. Nevertheless, it works perfectly when it comes to day-to-day use. You will always get lovely colours, enough reading information, and impressive clarity even under direct sunlight. 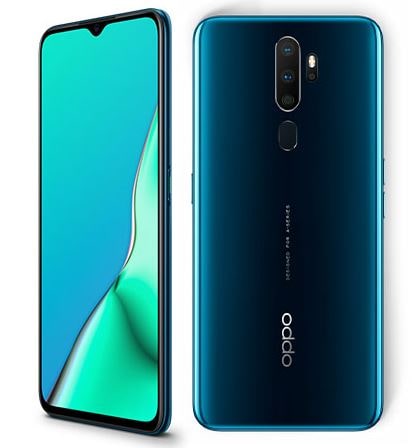 As for audio, thanks to its Dolby Atmos support, sounds created can get loud enough at a certain depth for a medium-sized room. But as expected, it lacks some bass. However, you can use your own headphones for a better listening experience.

Oppo made the smartphone fascinating because it has quad-camera configuration outback. It consists of a single lens with a 48MP primary, an 8MP ultra-wide, 2MP depth, and 2MP monochrome lens.

Captured images look bright with specific colours under good lighting conditions. It’s recommended that if you really want the best light to shoot, you have to focus on the camera because it can be hit or missed. Low-light shots are grainy washed out, but you will surely be seeing the big difference in quality when using the new Oppo Night Mode.

The overall quality of the A9 2020’s camera is not so good as portrait mode has issues when too much is going on in the background. Several areas of the scene may be lacking the blurring. Nevertheless, it has an excellent camera quality under the right conditions.

Selfies are fine with the right lighting with the 16MP selfie snapper. Nonetheless, images will certainly affect performance again under low light conditions as they will be grainy, just like the rear cameras. It is still generally used in social media posts such as Facebook and Instagram.

It allows you to record up to 4K videos with ease, and you can switch from standard to ultrawide to 5x zooming in a single video shot. Importantly, stability is an important element in this segment of prices. The only drawback here is that the video struggles to concentrate on anything so that it bounces around the spot.

The Oppo A9 2020 is loaded with Qualcomm Snapdragon 665 Chipset, which is partnered with up to 8GB of RAM and Adreno 610 GPU. Multitasking on A9 2020, undoubtedly, is super-smooth while doing tasks, i.e., navigation, browsing, and using other apps.

Running games like PUBG Mobile, Mobile Legends, and others are all smooth and silky. And graphics-enriched games such as Asphalt 9: Legends and Honkai Impact 3 are playable here easily. Beware that there will indeed some frame drops frequently when playing games with the highest graphics. 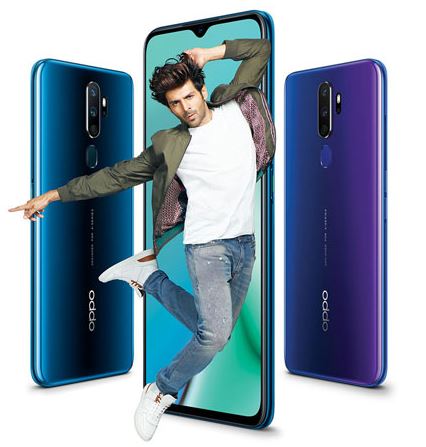 Using a smartphone for plentiful hours while playing games, capturing images, or watching movies will make it a little warm, but there is nothing to be worried about as it doesn’t reach that point where it becomes hard to hold in hands.

All standard connectivity options are available in Oppo A9 2020, such as Wi-Fi 802.11 a/b/g/n/a/c, Bluetooth 5.0, GPS, 4G LTE and others. No one will have a problem using Google Maps, Waze, and Grab as it’s capable enough to pinpoint your location.

Oppo A9 2020 is powered by a 5000mAh battery with reverse charging technology. Hence, it can be made your personal power back. According to the sources with hands-on experience, Oppo A9 202 lasts around 15 hours and 18 minutes with mixed activities such as playing games, watching videos, surfing the Internet and working on multiple apps.

The phone runs on the Android 9.0 Pie operating system with the company’s own ColorOS 6.0.1 on top. It’s highly flexible and packs numerous Oppo’s apps such as Game Center, Music Party, Game Space, and O Roaming. And a bunch of pre-installed apps includes Opera, Lazada, Facebook, and others. There’s an app drawer option in the settings, and you can easily adjust the navigation buttons the way you want them to be arranged.

Last but by means no the least, Oppo A9 2020 is backed by 128GB of internal storage, which helps you store loads and loads of data with ease, e.g., images, music, documents, videos, and games. The storage can be taken to the next level too – thanks to the microSD card slot.