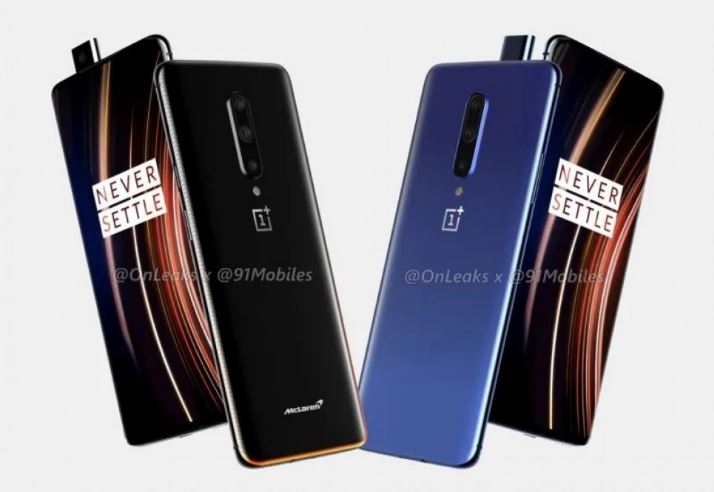 This year, OnePlus will be launching the successors of OnePlus 7 and 7 Pro – like last year. The successors will be named OnePlus 7T and OnePlus 7T Pro, and interestingly, we have seen multiple leaks and heard rumours in the last couple of months.

Thanks now to the OnLeaks which revealed the detailed specifications of both devices alongside their official release month. Both OnePlus 7T and OnePlus 7T Pro are all set to be released in the next month. 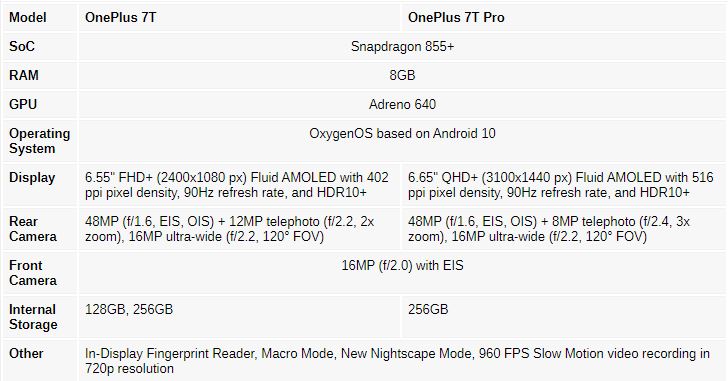 The OnePlus 7T will be sporting an impressive 6.55-inches AMOLED display with an on-screen fingerprint scanner. The display is said to be supported for HDR 10+ and has a 90Hz refresh rate. It’s powered by Qualcomm Snapdragon 855+ Chipset – partnered with an Adreno 640 GPU.

A total available amount of RAM is 8GB with 128GB and 25GB of onboard memory. On paper, it’s sporting a triple camera configuration – consists of a 48MP primary camera, a 12MP telephoto camera and a 16MP ultra-wide camera. A 16MP camera is said to be available on the front for video calls and selfies, and it’s expected to be loaded with 3800mAh non-removable battery alongside a 30W Warp Charger.

So… Today, I bring you #OnePlus7T and #OnePlus7TPro complete specs sheet as well as launch and availability date, on behalf of my Friends over at @compareraja -> https://t.co/7TrVeEYo7A pic.twitter.com/zEQuB3EP2G

Taking a look at OnePlus 7T Pro specifications, it’s most likely to hold a screen with a size of 6.55-inches – based on AMOLED technology with QHD+ resolution. Very much like OnePlus 7T, it’ll be flaunting an on-screen fingerprint scanner and a 90Hz refresh rate.

Digging down inside OnePlus 7T Pro, it’s equipped with Qualcomm Snapdragon 855+ Chipset with Adreno 640 GPU to manage graphical requirements. It’ll also be loaded with an 8GB of RAM and 256GB of onboard memory. In terms of cameras, three cameras are placed on its rear – consist of a 48MP primary camera, an 8MP telephoto camera and a 16MP ultra-wide-angle lens.

Rest of the details include a 4085mAh non-removable battery which is shipped with a Warp Charge 30T charger in the box. Like all other OnePlus smartphones, both 7T and 7T Pro will be running on OxygenOS – based on Android 10 operating system.