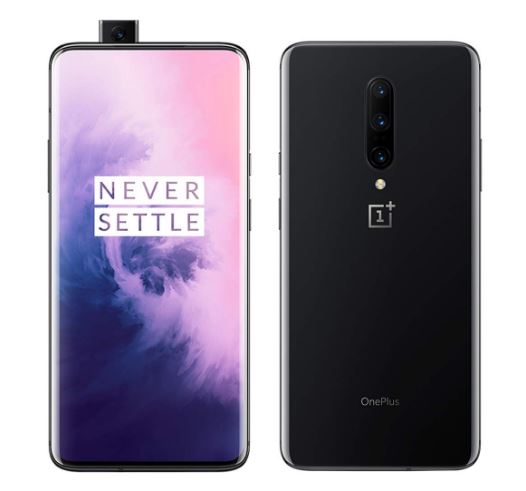 The recently released OnePlus 7 Pro in the UK is the company’s biggest smartphone with an outstanding display, fastest performance and pop-up front-facing camera which we have already seen in Vivo V15 Pro. Though it’s not the cheapest handset still talk down to the competition by some margin while offering dazzling notch-free display and a plethora of performance as we heard in the leaked specs of one plus 7 & 7 pro before release.

The major highlights of OnePlus 7 Pro are related to 6.67-inches Fluid AMOLED display, up to 12GB of RAM, up to 256GB of ROM (non-expandable), 48MP + 8MP + 16MP rear cameras and motorized pop-up 16MP front-facing camera. The rest of the details including its availability and pricing are mentioned in our OnePlus 7 Pro review below.

The official OnePlus 7 Pro release date in the UK was the 21st of May 2019. It’s now available on OnePlus’ official website as well as other UK’s retailers. It’s available in three sensational colours to choose from – Mirror Grey, Almond, and Nebula Blue.

As for OnePlus 7 Pro Price in the UK, it set users back £649 which is indeed expensive even more than our expectations from a Chinese brand. However, it’s still cheaper as compared to Samsung Galaxy S10 Plus and Huawei P30 Pro – priced £899 and £749 respectively.

At first glance, it looks like OnePlus 7 Pro in terms of design has everything a user wants from a handset in 2019. It’s slightly bigger compared to Galaxy S10 Plus – but without a punch-hole camera. A glass builds curved edges and bezel-less display – making it quite easy to hold. Be mindful that it cannot be operated with a single hand, thanks to its tallest design.

The handset is made of the same soft-touch glass – very much like OnePlus 6T but it feels like metal instead of a glass. So, whether you love or hate, it depends on your preference. The bottom of the handset is filled with speaker grille whereas a power button alongside a classic physical mute switch is available on the right-hand side. The left, however, is covered by volume rockers.

The OLED technology is being used by most of the brands nowadays but OnePlus decided to stick with high-quality Samsung’s AMOLED panel. It enables things i.e. always-on display and performs better than OLED. Though it’s not a standard AMOLED display by Samsung OnePlus used a 90Hz panel in 7 Pro. This is one of the best displays we have ever seen as colours are vivid and bright – but not overly saturated. The 90Hz screen is making 7 Pro a bigger difference and playing very well into the motto “fast and smooth” that the company owns. 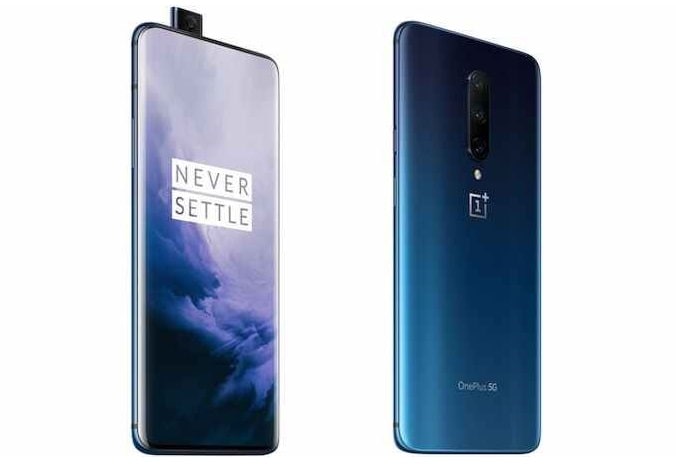 More cameras and more features to shoot with style. The OnePlus 7 Pro sports a 16MP pop-up camera and three sensational shooters on its back. The three rear cameras include a 48MP (regular wide-angle) camera, 8MP (telephoto) camera and 16MP (ultra-wide-angle) camera. The triple camera configuration is similar to those found on other devices – but with the difference in details and it’s the first OnePlus’ handset that sports three rear cameras. Aside from the main 48MP camera, it doesn’t spit out images with all of those pixels. Rather it uses “pixels binning” to produce a sharper 12MP photo.

The camera app is easy-to-use and very simplistic and everything is available with a single tap. You can also see extra settings by swiping up. The camera features include Panorama, Geo-Tagging, HDR, Touch to Focus and Autofocus. It can record 2160p videos at 30/60 frames per second.

The 7 Pro continues OnePlus’ tradition of delivering users with exceptionally smooth and silky experiences. With the latest premiere processor and a whopping RAM, OnePlus 7 Pro’s onboard components are on the bleeding edge. The gigantic 12GB of RAM – partnered with Qualcomm Snapdragon 855 Chipset making performance great. A day-to-day usage such as playing games, watching videos, working on multiple apps and switching between apps – everything is smooth and fast.

Up from 3700mAh battery in OnePlus 6T, OnePlus 7 Pro comes with a 4000mAh non-removable battery. The reason behind 300mAh extra battery is the larger and higher resolution display and faster refresh rate. Based on a report from online sources, OnePlus 7 Pro’s battery isn’t up to the mark as it lasts only 5.5 hours of screen-on time which is quite less compared to 6T which lasts approx. 6.5 to 8 hours. Without a doubt, it’s a significant drop.

Read OnePlus 7 Pro in the UK from GSMArena

8.1With OnePlus 7 Pro, OnePlus tried something new. It’s an impressive flagship device that is shining on shelves and enticing every single smartphone user. The gorgeous display with an awesome viewing experience and glass protection means your enjoyment will be taken to the next level. Performance-wise, it’s up to snuff as it houses a robust configuration, making it perfect for graphics-enriched games and multitasking. The battery backup, on the other hand, is sufficient as well. All in all, if you can compromise a little on cash (not really!) then this is the phone you should go for without wasting a second further.