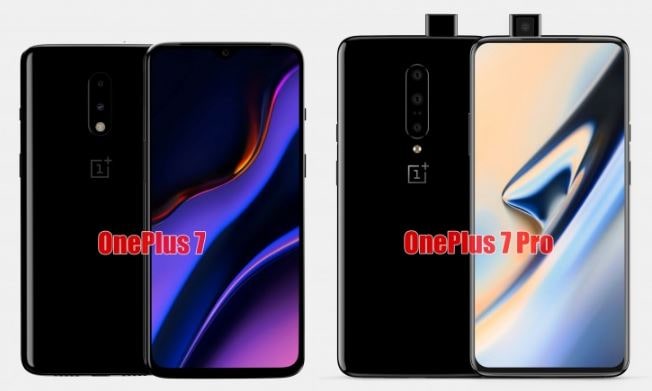 OnePlus’ upcoming smartphones named OnePlus 7 and OnePlus 7 Pro are only 2 weeks away – all set to be released on May 14. Ahead of their official released, a full specs sheet has appeared and it seems real. According to the sheet, the smartphone will have a dual rear camera, a massive amount of battery and 30W Warp Charge. The Pro version, on the other hand, seems to have an ultra-wide lens, a hefty 10GB of RAM and a rising selfie camera.

Well, we have already seen most of the specs at one point or another – but it’s the complete specifications sheet with all the important stuff. Both devices, according to the sheet, will house an AMOLED-based screen for UD fingerprint scanner will be loaded with Qualcomm Snapdragon 855 Chipset.

The gigantic 48MP main camera is expected to be Sony’s IMX586 and with OnePlus 7 and 7 Pro, OnePlus will start using a telephoto lens. The Pro variant with the third (wide-angle) snapper will let users enjoy more view. A pop-up camera and 6.64-inches screen of Pro variant are not a surprise and so many of us will start asking if it’s the actual specs sheet or it’s just a rumour.

This sheet appeared through a user of Baidu but for now, the post is nowhere to be seen which creates a question if this is the actual specs sheet or just a rumour. Everything will be cleared on May 14 so we all have to wait till then.