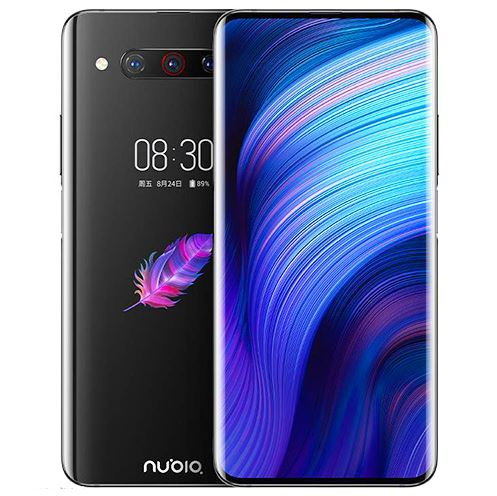 Gorgeous Phone with Two Displays and Everything Else You Need

Calm happens before a storm! The Chinese smartphone brand ZTE doesn’t launch its flagship devices one after another like Samsung, Huawei, Oppo, Vivo, and others. But it’s undeniable that whenever a ZTE device arrives in the market, it pleases its fans more than any other brand – thanks to its “never-seen-before” technology strategy.

The ZTE’s newly released Nubia Z20 UK comes with dual-screens and everything else that meet the modern requirements of fashion. It overcomes the need for notches, pop-up cameras as well as punch-holes by adding a 5.1-inches display outback.

The phone is much more appealing with optical zoom as well as optical image stabilisation as part of its camera trinity. Moreover, it doesn’t cost users as much as OnePlus 7T despite the fact that it flaunts the same amount of internal storage, RAM and CPU.

At first glance, it looks a lot like OnePlus 7 Pro when to look at its front – thanks to curved AMOLED display and all-screen fascia. Aside from the front, Nubia Z20 packs camera lenses to the like of OnePlus 7 Pro.

Indeed, it’s not the most appealing smartphone that will entice you to go for, but it’s one of the most gorgeous devices in the market, which makes it stand out from the competition.

The smartphone arrived on shores across China back in August 2019 with three different colour options to choose from – Black, Red, and Blue.

Talking about Nubia Z20 Release Date UK, one can get his/her hands on one right now. So far, it’s not stocked in any UK carrier which obviously means you can order it from Nubia’s official website. The phone comes in the UK with two colours – Twilight Blue and Diamond Black.

Obviously, Nubia Z20 faces tough competition with this price tag as mid-range devices like Honor View 20, Xiaomi Mi 9 and Asus Zenfone 6 are ideal to consider (but without a second display).

As everyone knows, ZTE Nubia Z20 is equipped with dual-displays to make it unique in the world of smartphones. To accommodate both displays, ZTE had added a power button on both sides of the phone, and each is integrated with a super-fast fingerprint scanner. 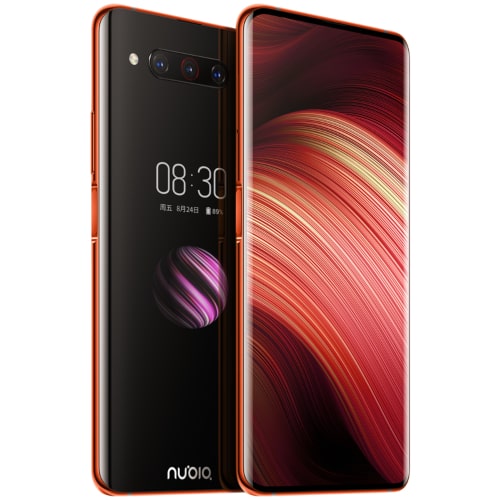 Unlike power buttons, it comes with one volume rocker on the right-hand side alongside a USB-C charging port on the bottom with a down-firing speaker. It’s quite a lightweight smartphone as it weighs only 186 grams and feels relatively compact despite its 6.42-inches display. Though it’s not a small smartphone, it can be operated with a single hand with ease.

The majority of the people like blue finish regardless of its fingerprint magnet. The phone lacks gradient finishes and textured – popular on other smartphones. But it’s understood as there a second display to worry about.

The screen on the back is very dark, and it is virtually impossible to see that there is a display during regular use. This sub-screen can also be used for the easy everyday use of the quick WeChat, Alipay Scan Code. This sub-screen also has a special scene lighting effect if you are a user with a particular personality. When you’re on your phone, listen to music, play games, the secondary screen will achieve the animation or text effect.

Nubia Z20 holds dual-screen – out front and outback. The major display has a maximum size of 6.42-inches AMOLED FHD+ panel – covering the entire front of the phone without any notch, punch-hole or bezels. However, it’s not entirely an edge-to-edge smartphone as there are quite a few black bordering. 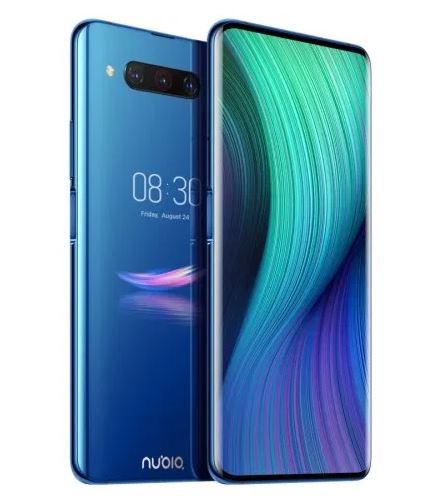 This is a light, expressive board with shiny black and vivid colors. Well, it’s not as bright as everyone will love, and you will need the manual adjustment more often -but overall, it’s a pleasure to use. It would be very difficult to go back to a notch or bezel if you never had a full-screen telephone before.

Outback, on the other hand, there is a separate 5.1-inches AMOLED & FHD+ display – sitting right below the camera configuration which is positioned horizontally.

It obviously does not cover the entire back of the handset, and after switching from the front, you feel a bit natty because of the option of maintaining the aspect ratio of the front panel rather than being filled into the edges – very much like Vivo Nex Dual Display – released earlier in 2019. It’s still an extremely useful size, but only for brief explosions – use it for more than 30 seconds, and you will want to switch back to the main screen.

Nubia has been shining in terms of cameras since Nubia Z5. The title “SLR” is actually from Nubia’s Z5. The Z20 is also a part of the Nubia Z family, and interestingly it’s no different.

The phone is using Sony’s 48MP primary camera with optical image stabilisation, a 16MP ultra-wide-angle camera and an 8MP telephoto camera with around 30x digital zoom and much more – enabling users to capture next-level images with a lot of colours and details. 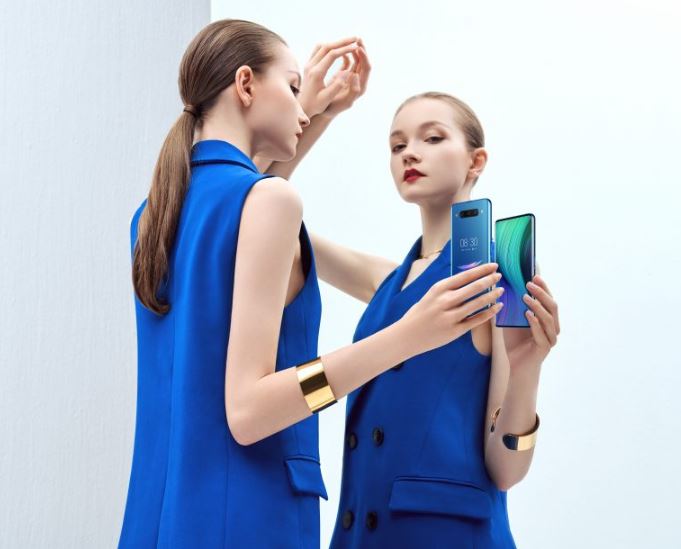 All the mandatory features have been added in Nubia Z20 such as AI cameras, streamer shutters, and others. Unfortunately, AI camera doesn’t support zooming – rather it can be called the main camera, and it’s most likely that this problem will be fixed with firmware updates later.

In the ultra-wide software correction, the Nubia Z20 can achieve almost ideal horizontal and vertical super-wide angles after the correction of the fuselage. It allows for super wide-angle photography and users don’t have to think about the pillow form anymore.

The Qualcomm Snapdragon 855+ Chipset offers strong enough performance, without a doubt, in Nubia Z20, it’s partnered with up to 8GB of RAM and 512GB of onboard memory. Now, you don’t have to delete images and clear memory at regular intervals.

Performance-wise, Nubia Z20 scored 3063 in Geekbench with single-core whereas multi-core scored 11038 – a little increase as compared to Snapdragon 855 Chipset. It has a total score of 445936 in AnTuTu, though.

The Nubia Z20 has a built-in playing area, along with the powerful hardware, that includes a number of game-optimised functionality such as the automatic shut-off, blocking alerts, etc., allowing players to focus on e-sports.

In the space of the game, you can go left to the right side of the screen to call out the professional game control panel, the phone status in real-time and the performance mode as well as the super screenshot, the screen recording, the screen hang-up, etc.

One might fear for the durability of Nubia Z20’s 4000mAh battery – thanks to the dual AMOLED displays. It’s not the case, however, and the battery life of the phone will pleasantly surprise you. The phone can help you stay online continuously five hours with extreme usages such as playing games with full graphics, multitasking and surfing the internet.

However, if you are a kind of moderate user and use it only for Telegram, emails, YouTube, WhatsApp, and Netflix, etc., it’ll take you throughout the day. With slightly more moderate use, you can exceed 1.5 days but not much longer.

The phone offers a 27W fast-charging system that enables users to recharge the phone in a jiffy – most probably 50% in less than 30 seconds and a full charge takes only one hour. Obviously, it doesn’t support wireless charging – thanks to the presence of a second display outback.

7.8So far, Nubia Z20 doesn’t have any competitors in the market. Its two displays are actually making it stand out from a crowd as they are handy with battery-saving and selfie-taking benefits. Interestingly, it looks good even it’s a fingerprint magnet which irritates most of the users. Excellent value is being offered as well as loads and loads of power, high-quality camera and an impressive set of displays. ZTE normally doesn’t launch perfect devices as compared to Samsung, Huawei and others but Z20 is an innovated device with so much to appeal.