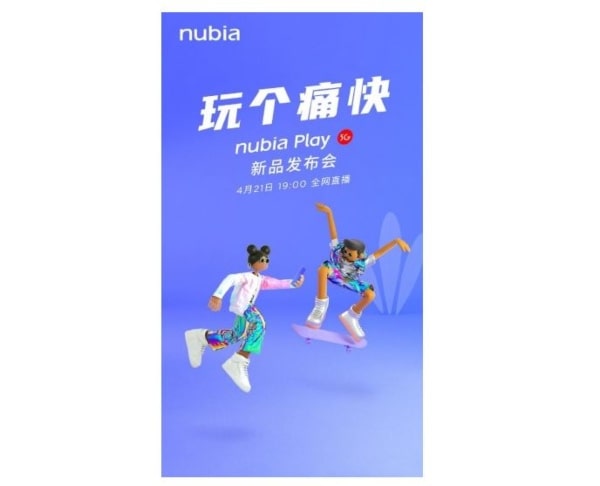 Nubia just unveiled its latest brand vision alongside its latest and coolest Logo and now the company has announced that it’s going to hold an event on April 21st of 2020 in which “Nubia Play 5G” smartphone will be launched.

Well, its onboard features and other specifications are yet to be revealed but by going through its name, we’re expecting that Nubia Play 5G smartphone will be a gaming-centric device. The company, however, has gaming smartphones under its Red Magic Series.

Although we’re short on words on, as of now, but it’s our expectation that this smartphone will be a youth-centric and mid-range smartphone as premium and flagship smartphones by Nubia fall under Red Magic series.

Going a little bit back in 2017, Nubia launched a phone named Nubia M2 Play and it’s most likely that Nubia Play 5G is going to be a part of this smartphone. However, we’ll have to wait for a little to make it 100% confirm.

Besides, the 3C Certification website has a model number NX651J from Nubia and it’s most likely that it’ll be Nubia Play 5G smartphone. If it turns out to be true, the phone, then will be loaded with 30W fast charging support and compatible with PD, PPS, Quick Charge and other multiple charging protocols.

Moreover, Nubia Play 5G will also be the first smartphone of the company that will arrive with the latest Logo. The new logo of Nubia has dumped a red dot design and now adopted a bright red-coloured branded which looks modern as it’s based on typography.