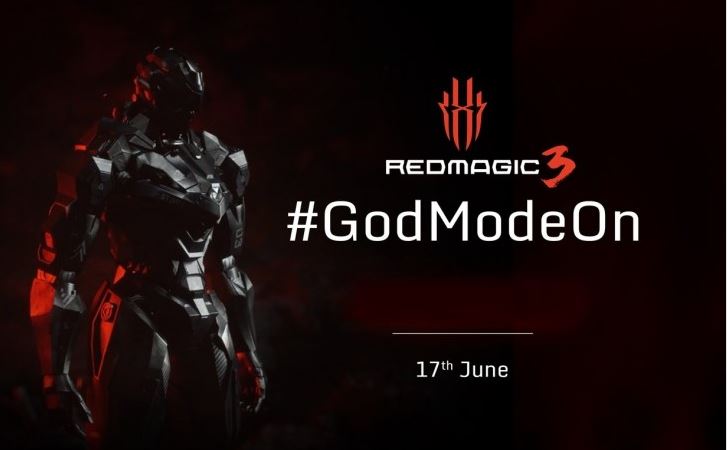 The most-anticipated and premium gaming smartphone Nubia Red Magic 3 is now all set to arrive in the Indian markets on 17th of June – following the international release. The company has already started sending press invitations of the launch case to the media companies. Moreover, Nubia has added a dedicated webpage on its official website.

ZTE originally introduced Nubia Red Magic 3 in China initially and now everything will be done on their first-class game-centric smartphone on the Indian shores on June 17. This is a competitive gaming smartphone thanks to its extra strong Snapdragon 855 Chipset, touch-sensitive shoulders trigger as well as liquid cooling technology and a whopping 5000mAh non-removable battery.

The sale of Nubia Red Magic 3 will start online through India’s leading site Flipkart – but prices are yet to be revealed. The online reports have suggested that the device might come with a handsome price tag of RS 34000 as a mid-range smartphone. Worldwide, it’ll be available in 8GB + 128GB variant and 12GB + 256GB variant in Red and Camo colours respectively. Aside from these two variants and colours, Nubia is tipped to launch a budget-friendly variant with 4GB of RAM and 64GB of onboard memory too.

The handset revealed back in April and we already know all of its specifications whereas pricing details will be revealed on June 17. The device comes with 6.65-inches of the screen with a resolution of 1080 x 2340 pixels and an aspect ratio of 19.5:9. It’s powered by Qualcomm Snapdragon 855 Chipset, 8GB and 128GB of RAM with 128GB and 256GB of storage respectively.

Software-wise, it’s running on Android Pie 9.0 operating system. It weighs only 215 grams and it measures 171.70 x 78.50 x 9.65mm. It’s holding an immersive 48MP rear camera with an aperture of f/1.7 whereas a 16MP camera is holding its position out front. A 5000mAh battery keeps things moving all day long and a bunch of connectivity options help you stay connected with your loved ones.