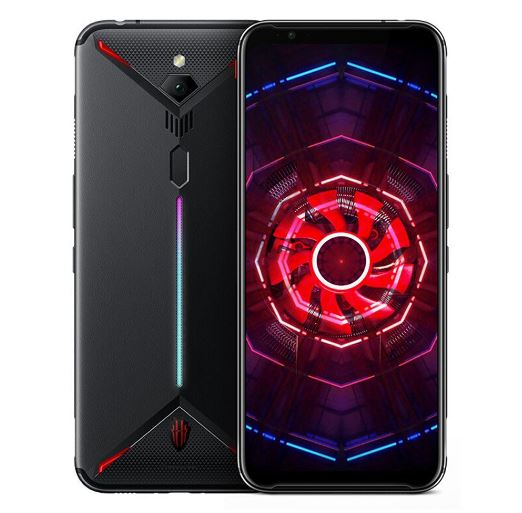 Launching a gaming smartphone is indeed an attractive idea for almost all smartphone brands. But it’s only a couple of past years since then the idea has taken off really – thanks to the brands i.e. Xiaomi for launching Black Shark, Asus for launching ROG Phone and of course Razer. Aside from all these gaming handsets, Nubia Red Magic 3 in the UK is available in the gaming industry as well which is quite fast, boasting a gorgeous display, laud dual speakers and an ample amount of battery.

The Red Magic 3 comes with a dedicated gaming switch and a built-in fan to give you an awesome gaming experience for a longer period. The key highlight of Nubia Red Magic 3 specifications includes 6.65-inches AMOLED display, RGB light panel, Qualcomm Snapdragon 855 Chipset, up to 12GB of RAM, rear-mounted fingerprint scanner and a whopping 5000mAh battery. Rest of the things are described below in our Nubia Red Magic 3 Review including its official release date and pricing details. So, let’s get it on!

The availability of Red Magic 3 in the UK has now been confirmed and it’s officially available on all major stores across the UK and one can get their hands on one with immediate effects. The precise official Nubia Red Magic 3 release date in the UK was somewhere back in May 2019. 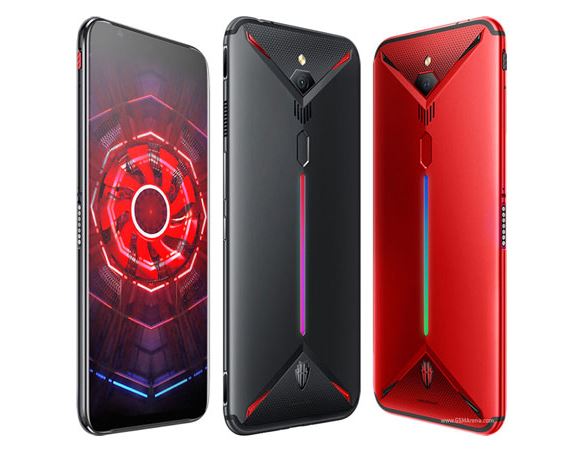 Without beating about the bush, Nubia Red Magic 3 is an ultimate option if you are a hardcore gamer and looking for a phone which design-wise looks like a gaming phone. Instead of a glass rear, it comes with a metal chassis and edgy design. Besides, a cooling fan is holding its position inside the phone – making it the world’s first smartphone to house a full-fledged fan that works in conjunction with a liquid cooling mechanism. It comes in four dazzling colours to choose from – Black, Red, Camouflage and Red/Blue. 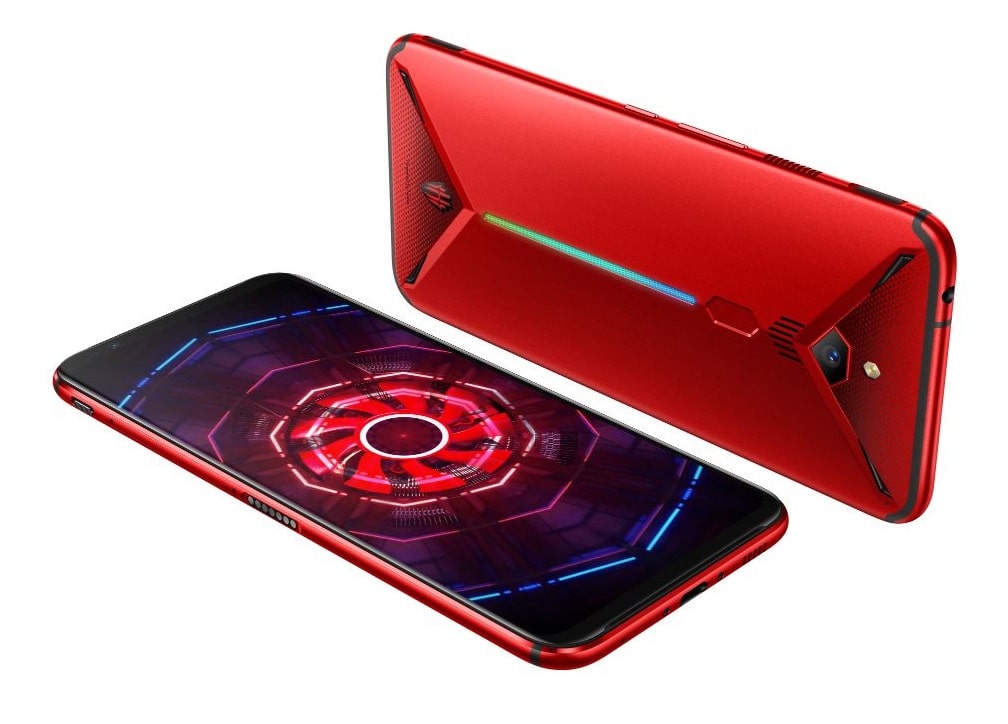 The original Nubia Red Magic houses a 6-inches display but Nubia Red Magic 3 is sporting a whopping 6.65-inches AMOLED display with a 90Hz refresh rate. So far, it’s the biggest screen in a gaming handset and thanks to the resolution of 2340 pixels by 1080 pixels, it’s exceptionally bright. It’s smooth and silky and takes your enjoyment to the next level not only when playing games but also when watching movies or working on other apps.

According to the reports from numerous online sources, it’s the fastest gaming phone which offers smooth and silky performance, games don’t take a lot to load and run without showing a sign of lag. One will not suffer from any hiccup or lag with Red Magic 3 as it has a Qualcomm Snapdragon 855 Chipset inside with up to 12GB of RAM.

Moreover, using Red Magic 3 in general i.e. switching from one app to another, jumping in and out of Slack and Twitter, using Facebook, reading on Chrome and obviously gaming – everything is smooth and silky. As compared to Asus ROG Phone it’s amazingly fast and even better than Samsung’s Galaxy S10 which also flaunts Qualcomm Snapdragon 855 Chipset. 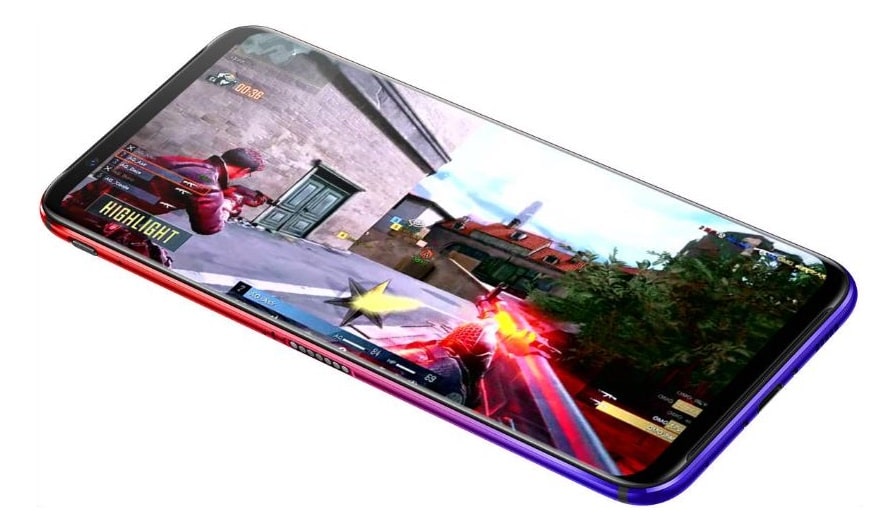 Talking about its gaming mode, there is a button on the side, when sliding that button, you will see a game launcher which is a basic menu having all installed games. Furthermore, you can slide a menu panel in from the right as well. You can also give a boost to the performance – giving GPU and CPU a shot in the arm but beware that the super performance mode generates heat and consumes battery so fast. Besides, it flaunts a 4D Shock mode for vibration feedback but it works with selected games i.e. PUBG Mobile.

A 5000mAh battery is significantly larger as compared to most flagship smartphones around and, of course, a huge benefit for any avid gamer. You will absolutely have no problem with the battery, managing to squeeze in extreme gaming sessions and a plethora of YouTube viewing before running short on a battery. Based on a report, it can manage to las approx. 12 hours and 49 minutes streaming FHD videos with the maximum brightness level. And it goes down approx. 26% if you play games for an hour with full brightness.

8.7It’s, without a shadow of a doubt, a durable smartphone but it doesn’t come with water resistance – therefore, you will have to keep it dry. The processor with a whopping RAM seems good enough and will easily last for the next two or three years but will Nubia update the software quickly or not, we aren’t sure about it. Last year’s ROG Phone and Razer Phone 2 are the big-name alternatives but both are highly expensive and underpowered than Nubia Red Magic 3. However, the direct competitor is Xiaomi’s Black Shark 2. All in all, if you’re scouting for a super-powerful gaming phone without leaving a dent in your wallet, Nubia Red Magic 3 will tick all your boxes.