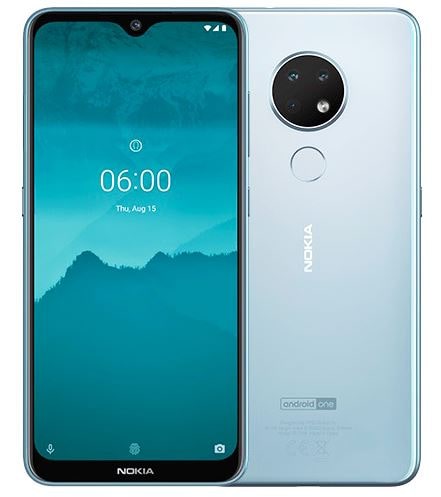 Another Nokia Phone with Much more for Budget-conscious Buyers.

Earlier in September, Nokia unveiled its coolest smartphone Nokia 6.2, which has now arrived in the United States officially and one can head to Amazon.com to get their hands on one. The phone set users back $249, and one can pick it up in a choice of two colours only – Ice and Glacier Black.

The smartphone offers an immense 6.3-inches display with a resolution of 1080 x 2280 pixels with a pixel density of 400 PPI.

The onboard configuration includes Qualcomm Snapdragon 636 Chipset and an Octa-core processor – joined by a 4GB RAM for glitch-free performance and Adreno 509 GPU to make graphics.

The Nokia 6.2 is backed by a triple camera configuration – comprising of a 16MP primary, an 8MP ultra-wide and a 5MP depth camera sensor. The selfie snapper of Nokia 6.2 is studded with an 8MP lens, and other features include digital zoom, continuous shot, and autofocus.

It has an internal memory of 32GB, 64GB, and 128GB – depends on a variant you choose to buy. If even a whopping 128GB storage doesn’t meet all of your requirements, you can expand it further up to 512GB via a microSD card.

The phone runs on the Android 9.0 Pie operating system with Android One and 3500mAh battery gives enough power to stay active all day long without any issue. The connectivity options include 4G support, 3G and 2G SIM.