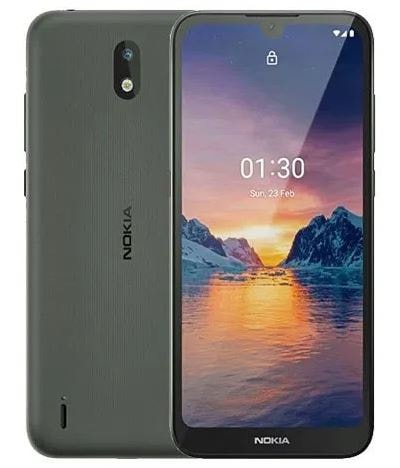 The Most Budgeted Smartphone with Notched Display

Nokia has all set to launch smartphones in 2020, one after another. Though Nokia is a little late due to COVID-19 Coronavirus Pandemic but now rumours have started circulating about its budget-friendly smartphone named Nokia 1.3.

The phone will be launched officially on Thursday, 19th of March 2020, but ahead of its official launch, a leak has confirmed that it’ll house a waterdrop-notch on the front for selfie snapper with quite thick bezels and a rear camera on its back.

Previously, HMD Global, which is a parent company of Nokia, announced that Thursday event would be taking place online due to Coronavirus Pandemic. Alongside Nokia 1.3, it’s most likely that the audience will see Nokia’s 5G smartphone at the launch event.

The latest leaked information is shared by Evan Blass (a reliable leakster) in which he has said that Nokia 1.3 will be holding a waterdrop-notch alongside thick bezels around it, whereas the chin at the bottom will have a Nokia Logo.

The supposed renders also confirmed a single rear camera with an LED flash, and there is a standard 3.5mm headphone jack on the edge of the device with physical buttons such as the power button and volume rockers. Besides, leaks suggest that its rear is made of polycarbonate, which is Charcoal in colour.

The under the hood specifications haven’t yet revealed by a leakster as of now. But taking help from earlier rumours and leaks, it’ll be equipped with a 13MP rear camera sensor, 1GB RAM, and 8GB internal storage. The phone is most likely to carry an external microSD card slot to take this storage to the next level.

The Android operating system is not yet confirmed, but a battery inside the phone will be 4000mAh (if rumours turn out to be true). And at last, there will be an 8MP selfie snapper on the front in a waterdrop notch.

What about Nokia’s First 5G Smartphone?

Not only Nokia 1.3 will be launched during an event tomorrow, but HMD Global will be unveiling its first 5G smartphone as well. This will be Nokia’s first-ever 5G-enabled smartphone named Nokia 8.2, which looks quite identical to the like of Nokia 7.2 of 2019.

That’s all we know about the Nokia 1.3 and 5G smartphone, as of now. More details will be revealed during an event that is going to take place on Thursday, the 19th of March 2020.