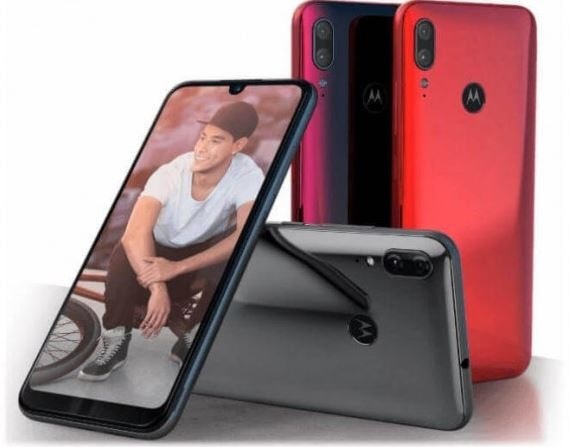 Motorola intends to add another model to the Moto E6 range which is named Motorola Moto E6 Plus. This smartphone was first found on the benchmarking Geekbench website in June, and since then, a number of live shots have appeared.

Now, the German website “WinFuture” has released a whole lot of official product phone shots that reveal the primary phone information. To recall, a standard Moto E6 which was released back in July 2019 comes with a 13MP rear camera and 3,000mAh battery and Snapdragon 435 Chipset.

The upcoming Moto E6 Plus is going to sport a waterdrop-like touch with a quite thin chin, according to WinFuture’s supposed press releases. In the back, the phone is shown with a single LED flash, a dual rear camera configuration, and a fingerprint scanner. The bottom of the phone is equipped with a speaker grille, the microphone, and a micro-USB port, which is supplied with a 3.5 mm audio jack.

Besides this information, the revealed images show us the Moto E6 Plus’ three-colour choices – Gray, Red, and Brown. 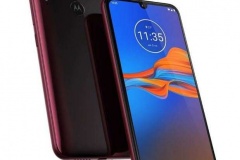 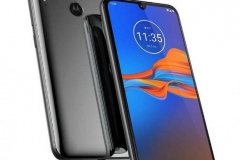 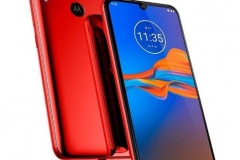 Motorola Moto E6 Plus is rumored to have a front shooter of 8MP and a rear shooter of 13MP with a 2MP depth sensor. Furthermore, MediaTek Helio P22 SoC is supposed to include up to 4GB of RAM, up to 64GB of onboard storage and a microSD card slot.

There are no other details, for now. However, WinFuture suggests a price tag of 150 EUR, which seems much cheaper and ideal for budget-friendly users.

At first glance, the Moto E6 in the Plus version seems to have minor upgrades, yet we still have not seen any important details such as the display size, resolution and battery size. We are expecting to hear more about the phone at the upcoming IFA tech fair.