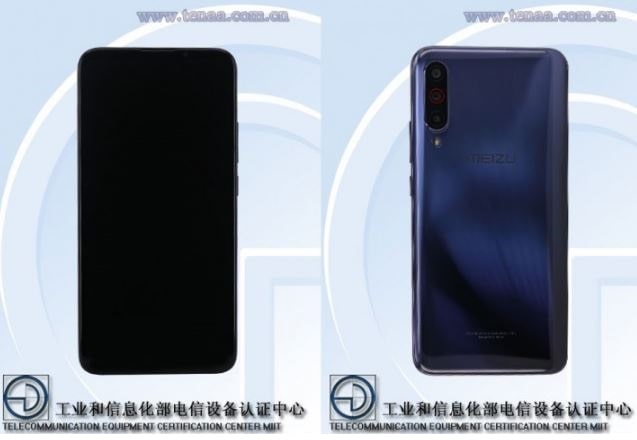 A leaked invite back in September confirmed that Meizu is about to launch a flagship smartphone named Meizu 16T. At that time, however, there was no official confirmation, but it’s not now the same case as Meizu itself announced that its Meizu 16T is going to be revealed on October 23rd, 2019.

According to the poster posted by Meizu, 16T will be revealed in Beijing, China, on October 23rd, 2019. The phone is likely to sport a larger screen flagship smartphone to entice a younger audience. All specifications of Meizu 16T have already been revealed through its TENAA appearance.

Based on details revealed by TENAA, Meizu 16T is loaded with a 6.5-inches AMOLED display with a maximum resolution of 1080 x 2232 pixels. It has an aspect ratio of 18.5:9, an on-screen fingerprint scanner and sports symmetrical bezels.

Digging down inside, it’s powered by Qualcomm Snapdragon 855 Chipset, and it’s most likely that it’ll arrive in China in multiple RAM choices such as 6GB and 8GB. And in terms of onboard memory, Meizu 16T will be released in two different tiers to choose from – 128GB and 256GB.

The phone runs on the Android 9 Pie operating system with the company’s own latest Flyme 8 UI on top. The rear panel is covered with a 12MP + 8MP + 5MP camera setup whereas a 16MP camera is holding its position on the front to assist you in selfies and video calls.

The total amount of battery is 4000mAh alongside rapid charging and it seems to come in three different colours – Blue-Black, Green, and Orange-Red in China. The pre-orders have already been started across China with a price tag of 2499 Yuan which converts to approx. $352 for its base variant – 128GB.