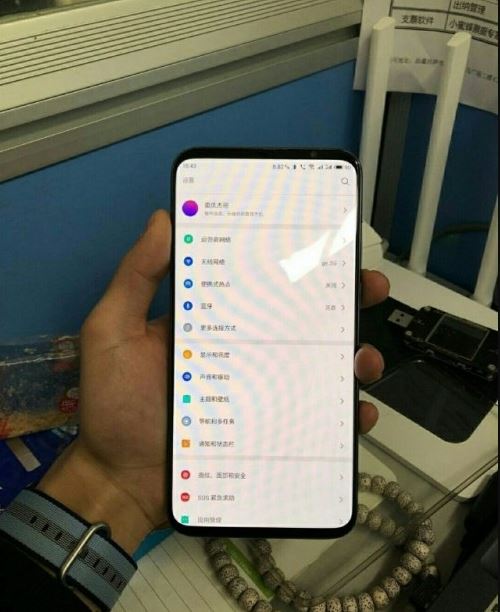 In order to celebrate the 15-year anniversary, Meizu released 15-series Smartphones in China. And now, Meizu seems to be working on the smartphone’s successor, and CEO Jack Wong has confirmed that in August Meizu will start releasing Meizu 16 smartphones.

An alleged Meizu 16 smartphone picture was found which was actually spotted by a Chinese website named GizmoChina. The picture looks like the rendering previously found and reveals the design of the smartphone. The leaked image of Meizu 16 shows that it’s having thin bezels on the sides and a full-screen display without a wide or waterdrop-like notch.

A camera module and earpiece can be seen above Meizu 16’s display whereas the back contains a vertically positioned dual camera module alongside an LED flash. Outback and out front, a fingerprint scanner isn’t visible which means it’ll have a Face Unlock feature. Some Rumours, however, indicate that it’ll be backed by an on-screen fingerprint scanner – but we aren’t sure about it.

There will be two variants “Meizu 16” and “Meizu 16 Plus”. Digging down inside, the base variant will be loaded with Qualcomm Snapdragon 710 Chipset whereas a “Pro” version will be powered by Qualcomm Snapdragon 845 Chipset. The handset will also house a hefty 8GB of RAM for smooth multitasking and faster gaming.

To keep things moving all day long, it’ll have a 3080mAh battery along with 24W charging whereas Meizu 16 Pro will have a little bit bigger battery – most probably 3600mAh with 32W charging feature. Software-wise, Meizu 16 will feature a Flyme OS skin – but will it run on Android Pie 9.0 or outdated Android Oreo 8.1, we are not sure, for now.